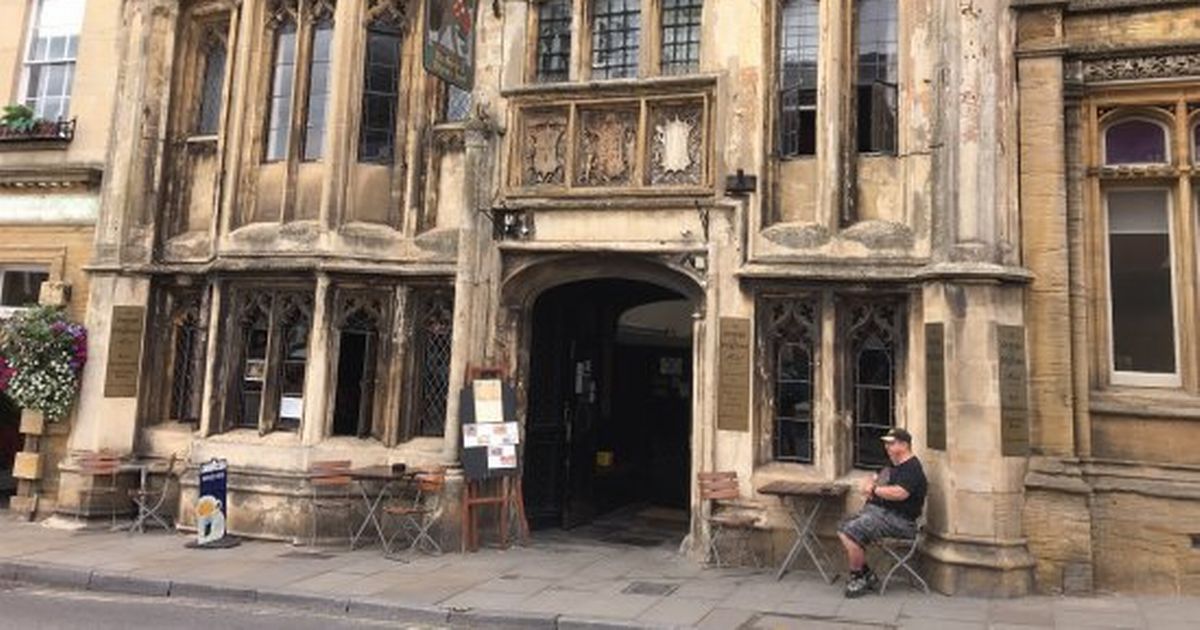 If you have a morbid curiosity about medieval history and a fascination of the paranormal then an event in Glastonbury next month could satisfy all your desires.

An evening of food and fear is guaranteed for guests who want to partake in a spiritual adventure in the haunted surroundings of the oldest pub in the South West.

From the last Abbot of Glastonbury who was hauled to the top of the Tor before being hung, drawn and quartered, Henry VIII watching from a bedroom window while the monastery burned to the ground and the haunting echoes of monks from the town’s abbey, plenty awaits the brave!

If this is something that intrigues rather than horrifies, then you could be the perfect candidate to join K&M Paranormal in their latest “Ghost Hunt” at the George and Pilgrims Hotel in Glastonbury, on Saturday September 4.

Katy and Matt, owners of K&M Paranormal, cite Glastonbury as being “the occult capital of England” and will be returning to the town to try and communicate with one of the 30 spirits that they claim to have identified at the George and Pilgrims.

On their website they state: “Many people feel the spiritual call here, to spend time in the witchcraft shops, stone circles and ancient misty burial grounds full of dark legends.

“It’s no wonder that this very special pub is so active with spirits.”

The George and Pilgrims is the oldest pub in the South West and above the arched front door hangs the coat of arms for King Edward IV and Glastonbury Abbey.

The inside of the pub is also steeped in history with its old oak beams, mullion windows and panelled stone frontage which has been beautifully maintained in its original glory.

Glastonbury Abbey was targeted by Henry VIII during the dissolution of the monasteries in September 1539.

Rumour has it that the king personally oversaw the burning of Glastonbury Abbey and watched the building from one of the bedroom windows at the George and Pilgrims as it was ransacked and razed to the ground.

The pub was also frequented by pilgrims in the run-up to when the abbot Richard Whiting was executed.

Historians have said that in the run-up to the Dissolution of the Monasteries, spurious claims were made regarding Whiting’s character.

It was claimed there were divisions between the monks at the abbey, he was spending too much time away at his manors of Sturminster Newton in Dorset and Ashbury in Berkshire and had favourites among the community.

A mock trial was held and Whiting was “found guilty” of numerous “treasons” along with two of his monks.

Following his conviction the abbot was dragged up Glastonbury Tor where he was hanged, drawn and quartered.

His head was said to have been fastened to the gate of the abbey while his limbs were exposed at Wells, Bath, Ilchester and Bridgwater.

With this bloodthirsty tale in mind, K&M Paranormal are offering guests the chance to encounter some of the 30 spirits they claim to have “picked up on” that haunt the hotel while also enjoying a meal.

They say that if you are coming alone then you are welcome to sit with the team to eat your meal – SO NOBODY WILL BE ALONE!!!