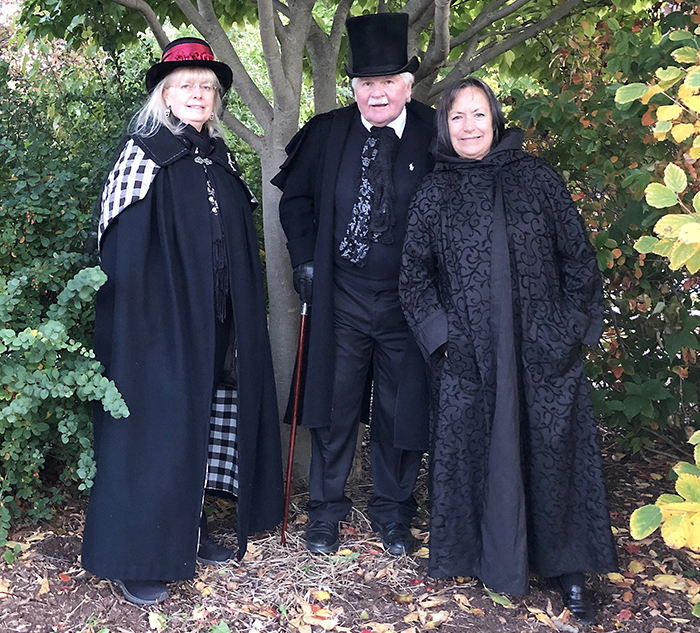 There are ghosts coming to haunt your electronic devices.

The Chatham-Kent Museum is releasing a series of ghostly podcasts featuring stories of hauntings and paranormal occurrences in and around Chatham over the years.

“Last year, they had done some podcasts on general ghostly happenings,” she said. “They were very popular. So they asked if we would consider being part of the podcasts this year and telling some local stories.”

The folks behind Ghost Walks and other tours couldn’t say no.

Gibbs said there will be five podcasts released through the month of September.

“They are based upon stories we’ve collected over the last 20 years now,” she said. “There are about five different stories for each one.”

The first podcast will reflect on what Gibbs called “old favourites.” She said staff at the museum wanted to see the Cultural Centre, Miller House and the Capitol Theatre highlighted in that podcast.

“We added in the Armoury and a private residence right around the corner from the Cultural Centre,” Gibbs said.

Another podcast will focus on actual sightings of spirits, and another will discuss experiences from beyond – communication from beyond the grave, she said.

Lisa Gilbert credited Gibbs for all the ideas.

“She is the one who writes these things down. She has three books out,” she said. “She’s still collecting stories. There could be a fourth soon. Sometimes I think every other house in Chatham-Kent is haunted.”

Gibbs said it should come as no surprise the number of hauntings or strange experiences that have taken place here.

“Key things to remember, the location along the river Thames, and the fact there have been people settled along that river for a couple of hundred years,” she said. “There are people who lived here that have experienced jealousy, hatred and some very strong emotions; they got tied up with fights, accidents and even murder. The outpouring of strong emotions seems to stir up paranormal activity.”

“Generally speaking, ghosts linger because they have unfinished business in this world,” she said.

Gibbs said the stories they tell on the podcasts and on their Ghost Walks, which will return this October, are from witnesses.

“These are stories from regular people – your neighbours, your friends. They’re going about their lives and something strange that they cannot explain happens to them,” she said. “These are not Hollywood head-spins-around-your-neck type stories. They are local; they are more real.”

Jim Gilbert said the stories and tours focus on paranormal activity, but also local history, of which there is no shortage.

The first podcast episode was released Aug. 23 and is available on Spotify.