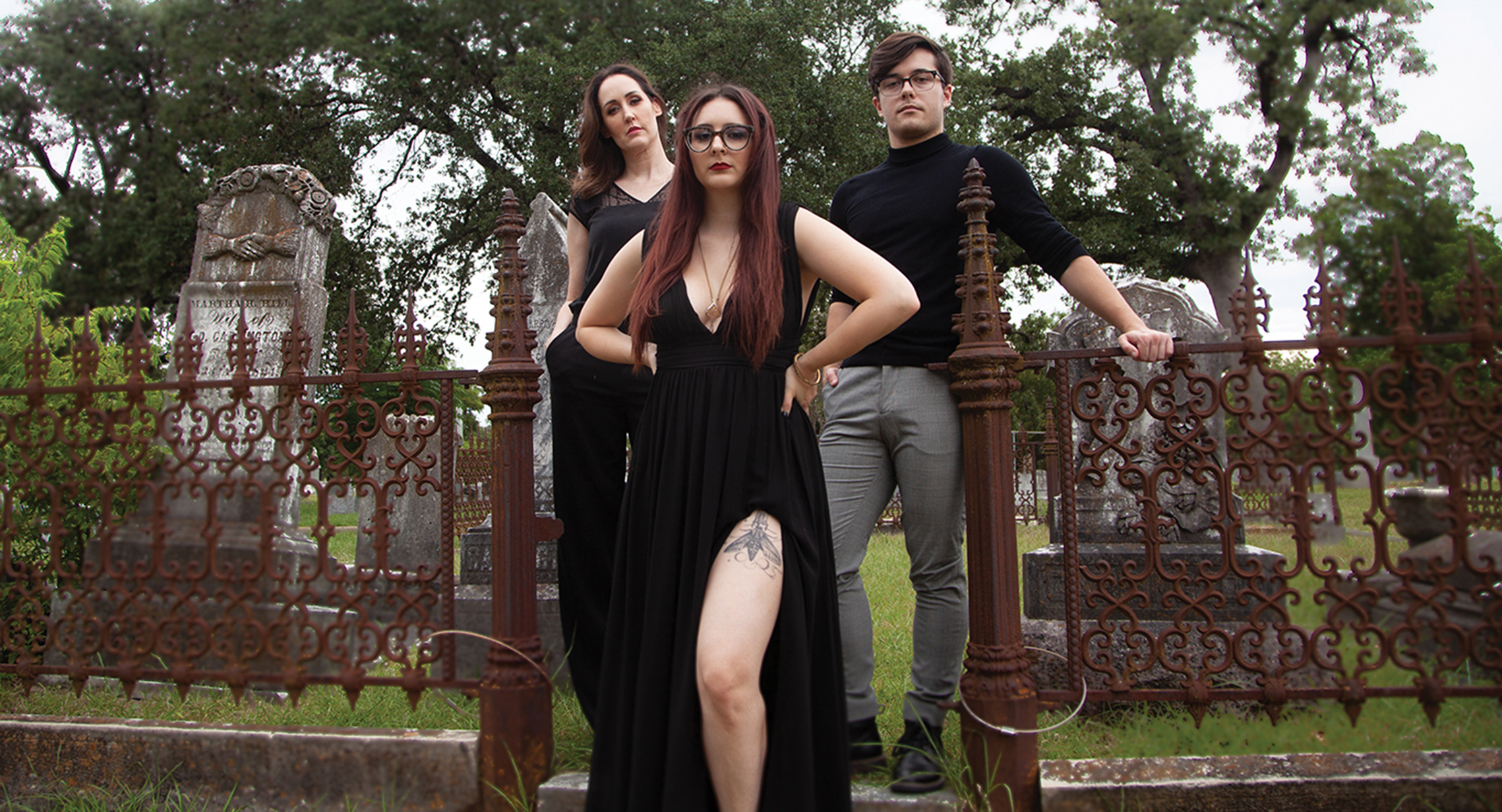 Certain standards almost always appear in the paranormal investigations canon, but The Real Ghosts of… hosts Nicole Riccardo and Devin Glasgow imbue an entirely different vibe into their Austin-produced podcast. (Think less ominous voices or B-horror movie effects, more “grab your cocktails and let’s spill the tea.”) The sites they’ve explored so far also shy away from Austin’s historically haunted conventions, but the months’ worth of meticulous research they bring to each case is anything but casual.

On their first paranormal encounters:

DG: I’m not very in tune with it. I believe in it, but the direct contacts I’ve had haven’t been very many. I heard a voice ask for my sister at one point. Never heard it again.

NR: When I was 8, my great-grandfather passed away. Shortly before, he gave me this old hat. It was this satin, beautiful baby blue, old newspaper boy cap. Not long after he passed, I was staying at my grandparents’ house, and I remember waking up at 3 a.m., look[ing] over in the doorway, and there was this figure that was that exact same baby blue color. It wasn’t a full-on person standing there; it was kind of this glowing mist in the shape of person.

On the podcast’s tone:

NR: As obsessed as we are with the paranormal, we feel like it’s almost a trope now: everything is super spooky, and dark, and scary. We do take this very seriously, but at the same time, if that’s all it was, it wouldn’t be a reflection of us. We wanted it to be more approachable. We wanted people to feel like, “You have your night in, so put on your sweatpants, grab your wine, sit down with your besties, and let’s talk about scary s**t.”

DG: They’ve been done so many times. And we have gone into some places that have had investigations; our first road trip [was] the [Sheraton] Gunter Hotel in San Antonio, and that one’s a very well-known one. But our focus is to bring something new to the narrative.

NR: We want to find these things that once were such a big part of the history of this city, and now, they’re not known anymore. Like we discovered the whole Austin flood of 1900 [when we were] investigating Moonshine [Grill]. It was apparently the biggest tragedy in the city’s history. I had no clue about it; none of the workers we talked to there had any idea about it. It’s exciting getting to find all of these old events and occurrences that might otherwise have just been forgotten about or lost, and bring it to light again.

DG: Everyone’s going to have their own belief system, but when I look at how many people here in Austin have shared their experiences —people that will say, “I didn’t believe in this stuff until it happened to me”—I think it’s just too widespread for it to be whatever people concoct as their alternative.