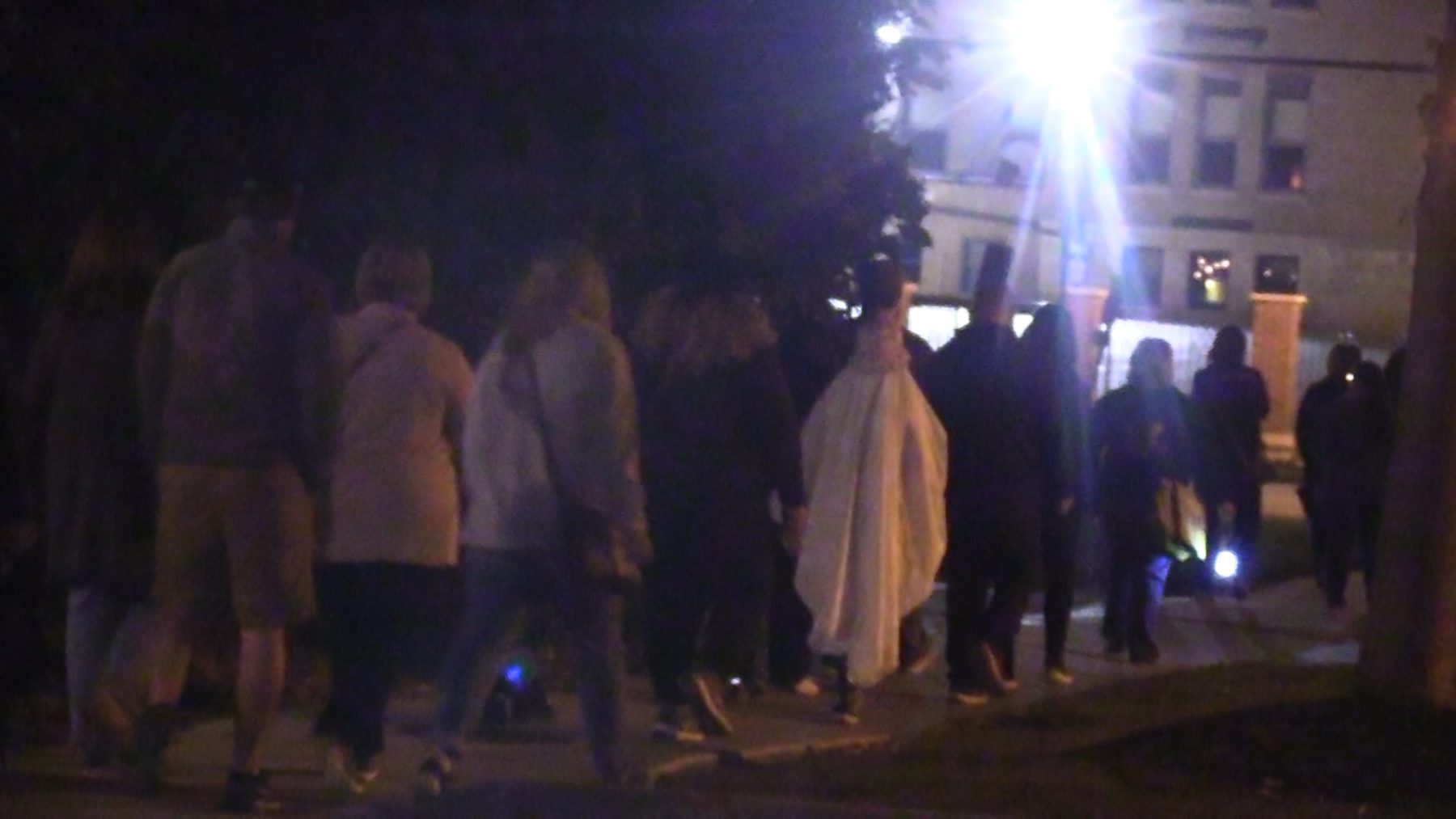 Spooky stories and a bit of history come all rolled into one in Diane Ladley’s Naperville Hauntings Ghost Walks.

“Tonight we are going on a ghost tour, and not just an ordinary ghost tour of Naperville’s own unique suburban legends and haunted history, ah, we’re also going to be paranormal investigators, using EMF ghost meters along our tour,” said Ladley, the founder of the tour company, as she prepared to set off on a walk.

The tours typically last from 90 minutes to two hours, and run Saturdays from now through November. The EMF meters are a particularly popular draw according to Ladley.

“This is an electromagnetic field sensor, “ Ladley shares with the crowd on a recent tour. “It’s a typical piece in any electrician’s toolbox. It measures and detects electrical energy.”

The self-proclaimed “Ghost Host” delights in leading the way through Naperville’s Historic District, sharing stories of the paranormal. She says she generally gets guests of ages eight and up, and tailors her tours accordingly. Believers of any level are welcome.

“I like people to be skeptical. If that EMF meter suddenly starts to beep, you start looking for an electrical, natural electrical source – don’t automatically jump at the term ghost,” said Ladley.

She likes her guests to take it all in with a bit of good humor to go along with the eerie tales. “Come with a lot of laughs,” Ladley says.

Scares For The Season

And right now, the timing is just right for a night of chilling tales.

“But of course this is the Halloween season coming up, and what’s more perfect than this? It’s not as scary as like going into a haunted house where people jump out at you, or, or, you know, wielding bloody fake knives, that sort of thing.”

But just how haunted is Naperville?

“Oh it’s very haunted. In fact that’s one of the questions that people always ask me, ‘How can Naperville be haunted, it’s such a cool town, it’s sophisticated, it’s a party place, it’s fun,” said Ladley. “But I remind them of two things. One, we were founded in 1831. That’s a long time for a lot of history to take place here in Naperville. And two, when people ask me about how Naperville can be haunted I remind them of that old saying: the brighter the light, the darker the shadow it casts. And Naperville shines a very bright light indeed.”

If you have a story idea, we want to hear from you!

Get daily hometown news and sports delivered to your inbox!