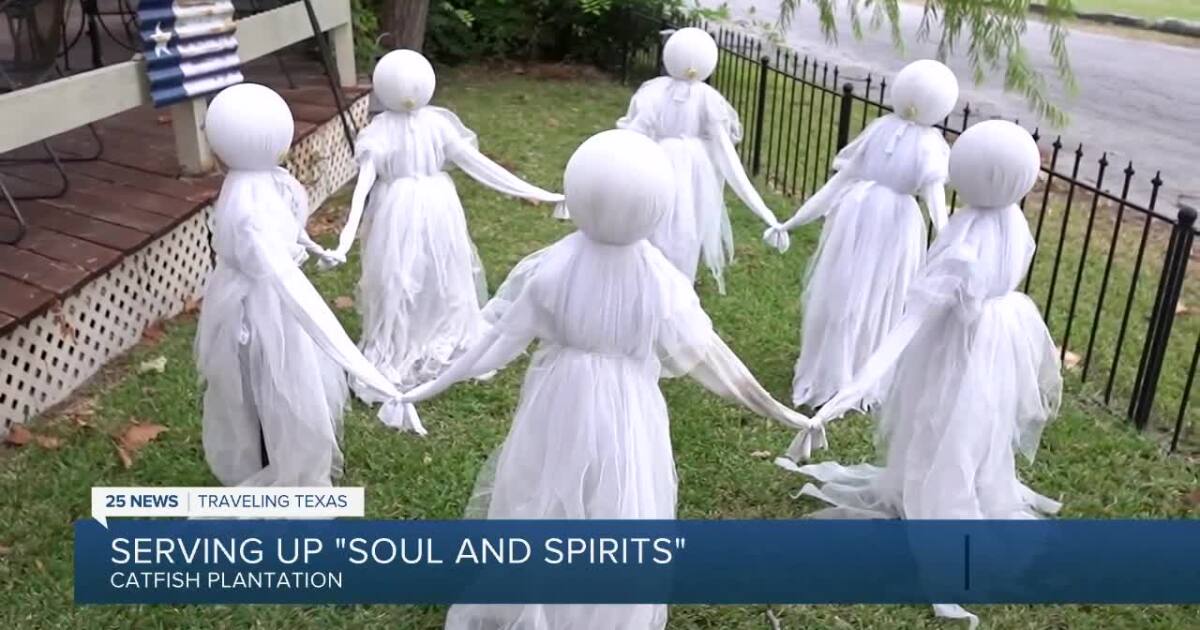 Catfish Plantation is world-famous for its spirits, and we’re not talking about the cocktails. It’s been featured on the travel channel and lots of TV shows that investigate ghost sightings.

And it’s not just one ghost… but several that call this place home.

“On records and what we advertise, there’s about five people who passed away in this residence,” said operation manager, Amelia Landis-Sparks.

Landis-Sparks has looked into past occupants who died in or near the 1895 home.

“We have Will Beyers,” said the operation manager. “Now, he was the half-brother of Paul Richards, who played for the Orioles and the Red Sox. Caroline Moody was one of the last people to live in the home in the 70s before it became abandoned. Lola Roller was a spirit who didn’t actually die here, she was killed a couple of blocks east of here by an ex-lover. There’s also Eliza Richards, who was the grandmother of Will Beyers and Paul Richards. Paul Richards had a daughter who passed away in the home and at about five years old.”

Paranormal researchers by the score have looked into the reports of hauntings.

“We are certified haunted we have had scientific groups come in and they’ve done studies on us,” said Sparks.

And the liquid spirits flow in signature drinks like their Bloody Mary. But I’m told the ghost they believe to be Caroline Mooney isn’t on board with the alcohol.

“Miss Caroline, because she was a very devout baptist woman, she didn’t approve of the drinking and things like that,” said Landis-Sparks. “So, we actually when we first started serving alcohol, we had an issue with our wine glasses being mysteriously broken in the mornings when we came in.”

Family patriarch, Richard Landis, bought the business in 2007. He says great food is their focus but acknowledges the ghostly reports are a draw.

Just like this first-time guest who drove from Grand Prairie with her family.

“I’ve read about it for years. We were watching Day Tripper … and we were looking at things we could do just a day trip. And I said we have got to go here.”

Shawn Sparks sees her family as caretakers for a very special place.

Catfish plantation, called the most haunted restaurant in Texas, is where people come for the ghosts and come back for the great food.