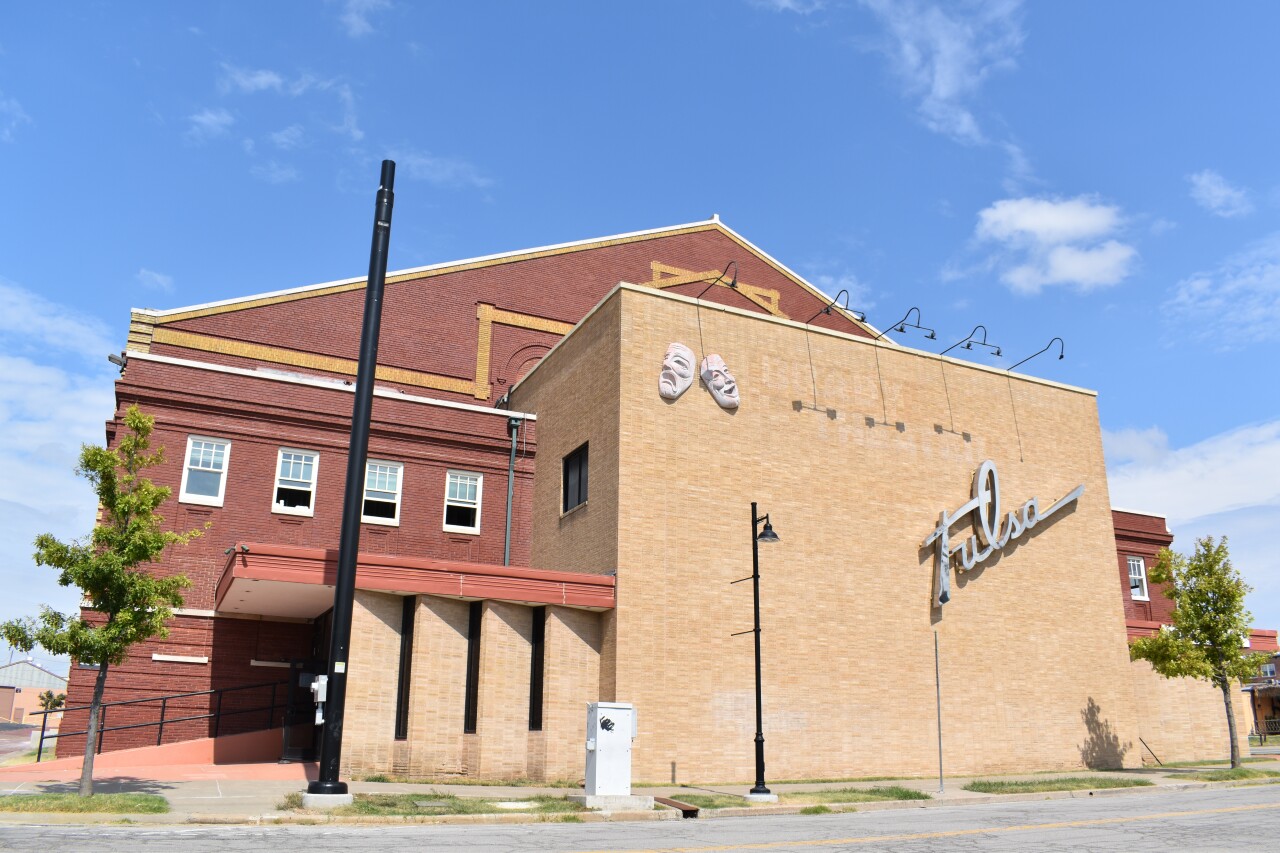 TULSA, Okla. — Tulsa is known for many things, but even Tulsans might be surprised by the city’s unexpected, haunted history.

While it’s not the go-to ghost capital of the United States, Tulsa gives good ghost stories with rumored ghostly locations across the area.

Teri French of Tulsa Spirit Tours knows a thing or two about paranormal experiences and talked to 2 News Oklahoma about which haunted locations are the real deal or just urban legends.

The space went through a lot over the years, including being abandoned and almost destroyed. But after renovations and a name change, the Tulsa Theater reopened.

Legend is the space is haunted by an Italian opera singer named Enrico Caruso. Caruso took in the sights around town while in Tulsa to perform.

“He wanted to see the oil wells and how they made them,” said French. “And as they came back, it was raining. It was cold, miserable, and the car broke down.”

Despite already being sick, Caruso made the journey back on foot in the rain to give what turned out to be his last performance ever.

“He had a great performance, according to history,” French said. “It was one of his best. Standing ovations and the whole nine yards.”

Unfortunately, after returning to Italy, Caruso died. French said many say Tulsa caused Caruso’s demise and that’s why it’s believed he haunts the theater. Even Caruso’s manager named Tulsa as the reason for his death.

But it goes deeper than just Caruso – when it was the Brady Theater, the building is rumored to have played a role in the 1921 Tulsa Race Massacre.

“I mean, it played a huge role. It housed some of the victims. There are rumors they died inside and some other horrible things that happened to them,” French said. “We actually captured electronic voice phenomena evidence that almost confirms all of the stories there.”

Cain’s Ballroom sits in the heart of downtown Tulsa and is one of the city’s notable landmarks. It hosted thousands of musicians and audiences over the years.

Cain’s rich history is part of the reason why the space is believed to be haunted.

“I think it was in the 40s and 50s when it was considered a rowdy roadhouse,” laughed French. “It was actually in the Tulsa World that some of the toughest gang fights occurred right outside the Cain’s Ballroom door.”

It was such a rough and tumble kind of place by then, French said Cain’s became a source of trouble and frustration for the city. It got so bad one City of Tulsa prosecutor tried to get a wrecking ball to run through its walls due to its notorious reputation.

It’s because of this French believes spirits are still there in the place, partying away with other audience goers.

The Cave House is unique in looks, but many mysterious things also lay hidden in its walls. Literally.

Initially built in the 1920s as a chicken restaurant for people to grab a bite to eat during the day, it quickly became infamous for turning into a speakeasy at night. People even claim Pretty Boy Floyd and some of his crew, along with other outlaws, would occasionally visit the bar.

“The owner, Linda Collier, did have some pretty strange experiences when she took over that building,” said French. “I don’t know if whatever energy was there was just trying to show her love or scare her.”

Not only was the Cave House a speakeasy, but it had a ballroom perfect for parties. French said there are rumors at the back of the ballroom, there’s a door leading into tunnels for people and outlaws to escape through should police show up. But today, it’s unknown whether it exists.

French said back in the day, the house was threatened to be condemned if the owner didn’t close the ballroom so there’s a wall closing it off.

The Thomas Gilcrease Institute of American History and Art, also known as Gilcrease Museum, houses a wide variety of art, culture, and history for locals and visitors to enjoy.

But art is not the only thing housed at Gilcrease.

“Gilcrease, I think, is probably one of the most haunted places in Tulsa,” confirmed French.

French guesses she and her team investigated at the museum a handful of times, and every experience became memorable. French took tours there and people in the groups had paranormal experiences almost every time they went.

“Cameras would fail. Cell phones would shut off or wouldn’t work. It was just weird,” said French. “We never turned the bus off because we were afraid, at one point, we wouldn’t be able to get it started.”

French believes the Gilcrease House being built with sandstone plays a huge part. She said, like quartz, sandstone carries a lot of energy to help manifest things happening in the house.

“They’ve tried having things in the house, like children doing art appreciation classes,” said French. “But they never last very long at all.”

It’s rumored Thomas Gilcrease is the one who stayed behind to look over his art collection and the house he left behind. According to French, however it is, it’s not a fan of visitors.

She said even animals are afraid of what lurks in the house:

“So, a couple of years back, they installed a bunch of new security cameras and they kept going off in the south bedroom one evening. Tulsa police were called, and they came out with trained police dogs where they tried to go up the stairs. The dogs absolutely refused to go up. They started whimpering and wouldn’t budge. They ran out of the house. And when the police went up there by themselves, not a living soul was there.”

Gilcrease Museum is currently closed for construction of a new museum space on-site.

Many people think the Hex House is just a standard local Halloween attraction, but there’s a dark history.

“So, this is something we feature on our serial killer tour. It’s a parking lot now and it’s been there for sale and empty for… decades. It doesn’t seem like anyone wants to buy it,” French explained.

The new Hex House is inspired by the home that used to belong to Carol Ann Smith. French said the original Hex House, located at 10 East 21st Street, has negative energy attached.

“I mean, the things that she did with her nephew… They were dumping hot water on people that lived in the duplex next to them. There’s also that whole history of her keeping those two hostages in the basement and kind of hypnotizing them, putting hexes on them. Yeah, it’s insane,” said French.

Claims of windshield wipers or stereos going on while the car is off are frequent if parked nearby. French even says they tested the theory during a tour and claims she never did it again.

“We turned the bus off, but then it wouldn’t start back up. It wasn’t until a lady said she called Carol Ann a bad name and then she apologized. As soon as she was done, the bus came immediately back on,” French says.

This year’s Hex House attraction is running from Sept. 24 to Oct. 31.

Like so many other entertainment spaces in town, Tulsa Little Theatre is also supposedly haunted. It’s believed there are several spirits in the space.

The theater was originally built in 1932 and renovated in 2004. It’s believed the renovation project is when the spirits started making themselves known, but French says that’s not true.

“Actually, the spirits were there before they took it over,” stated French. “The current owners called us when they moved in due to the weird experiences going on.”

Some of those weird experiences include loud footsteps going across the ceiling. French said that would be possible… if someone could somehow get 60 feet up in the air to get up there. She said people would witness the sandbags in the main stage just swaying back and forth.

“You can’t just move a sandbag,” French said. “They’re pretty heavy and just one of the weird things that happen there.”

She can’t say if it’s one of the most haunted places in town, but after several overnight stays in the building, she confirmed the place is haunted.

To book a tour with Tulsa Spirit Tours or take a class by French, click here.

SEE MORE: The most haunted places across Tulsa

Stay in touch with us anytime, anywhere —