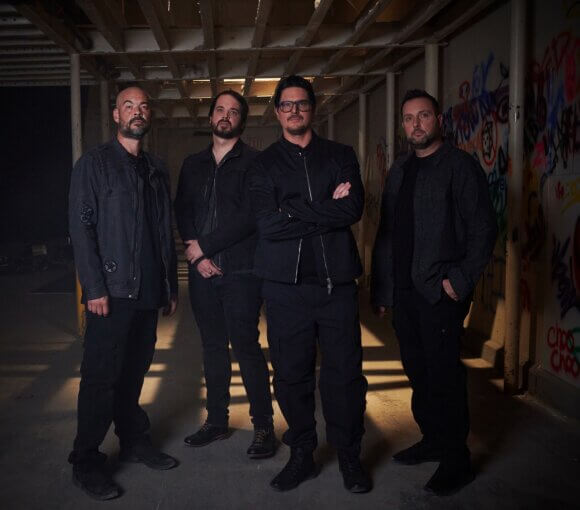 “Travel Channel and discovery+ have tapped into what paranormal and horror fans love the most – a huge slate of brand-new content from some of their favorite stars of the genre,” stated Matthew Butler, group senior vice president, Travel Channel and paranormal streaming content. “Our fans are true believers, and they can’t get enough of this type of entertainment that brings the chills and thrills, whether it’s on television or streaming into their homes.”

The summer lineup will include a new season of Ghost Adventures, the premiere of Kesha’s Conjuring Kesha, and Jack Osbourne joining the Ghost Brothers for season two of Fright Club.

CONJURING KESHA
Global pop superstar Kesha has a deep passion for all things supernatural and has spent most of her life searching for answers to the world’s biggest mysteries. Now she is expanding on her fascination with the unknown in a cinematic, hands-on paranormal series chock full of mysterious adventures. Follow Kesha and some of her celebrity friends on a cosmic exploration of the afterlife, as they travel to mind-blowing haunted locations and search for all things unexplainable.

GHOSTS OF DEVIL’S PERCH
Butte, Montana, is gripped by a terrifying supernatural uprising. To restore order, the mayor and sheriff enlist the help of paranormal investigators Dave Schrader, Cindy Kaza and K.D. Stafford to stop the wave of unnatural occurrences plaguing the historic mining town.

GHOST ADVENTURES – HALLOWEEN SPECIAL (wt)
Zak Bagans and the Ghost Adventures Crew – Aaron Goodwin, Billy Tolley and Jay Wasley – embark on a special spooky two-hour investigation to kick off the Halloween season. After piecing together the location’s haunted history, the team investigates using the latest scientific gadgets and technology in an effort to obtain physical evidence of the paranormal and uncover the truth behind the haunting.

JACK OSBOURNE’S NIGHT OF TERROR: BIGFOOT
For years, Jack Osbourne and his friend, actor Jay Mewes, have been curious about the existence of the legendary creature known as Sasquatch, Yeti or most commonly, Bigfoot. Now, they’re venturing into a remote region of northern Idaho, the site of the most reported Bigfoot sightings over the last half-century, to figure out for themselves if Bigfoot is truly an undiscovered creature of North America’s wilderness or simply an age-old legend run wild.

JACK OSBOURNE’S NIGHT OF TERROR: UFOs
Jack Osbourne brings his friends, actors Jay Mewes and Jamie Kennedy, to the edge of the unknown in search of the truth behind UFOs. Utah’s Uinta Basin has been shrouded in mysteries for centuries, with stories of otherworldly visitors dating back to ancient times. In recent years, even stranger sightings have been reported and captured. Osbourne, Mewes and Kennedy embark on an unflinching investigation to figure out if these phenomena are connected and why this strange activity is concentrated in the Uinta Basin.

SHOCK DOCS: MICHIGAN HELL HOUSE
It is the greatest paranormal story the public has never heard. From 1974 to 1975, in the small farming town of Merrill, Michigan, the Pomeraning family was tormented by relentless poltergeist activity inside their home. They even battled deadly spontaneous combustion erupting inside the house. Paranormal investigator Steve Shippy, with the help of psychic medium Cindy Kaza, will attempt to find the truth about the evil force that seemed to curse this home and family – an evil that still lives there to this day.

THE DEAD FILES
Former NYPD homicide detective Steve DiSchiavi and physical medium Amy Allan are back on the paranormal case. Utilizing his detective skills, DiSchiavi interviews witnesses and experts and researches the history and facts behind each haunted location. Allan, a physical medium who sees and communicates with the dead, assesses the property to identify what underlying entities reside there. Keeping their findings hidden from each other, the team avoids all contact with one another – coming together only at the very end to reveal their shocking discoveries to the property owners, and each other.

DESTINATION FEAR
Fear-chasing foursome – brother and sister duo Dakota Laden and Chelsea Laden and best friends Tanner Wiseman and Alex Schroeder – hit the haunted back roads of America, spending the night inside the nation’s scariest places. This season, the team drives deeper into their paranormal exploration, using new tactics and experiments to unlock dark secrets and bring them closer to the grim truths behind the hauntings. The journey will test their mental, emotional and physical strength to the extreme.

ELI ROTH PRESENTS: A GHOST RUINED MY LIFE
From master of horror Eli Roth, this chilling series shares the shocking stories of real-life hauntings that have left emotional (and sometimes physical) scars on those unlucky enough to have experienced them. Equal parts terrifying and evocative, every hour-long episode will expose viewers to the real-life stories of survivors who have been dragged through hell and back and now struggle to rebuild their shattered lives.

EXPEDITION BIGFOOT
An elite team of investigators – acclaimed primatologist Dr. Mireya Mayor and Bigfoot researchers Bryce Johnson, Ronny LeBlanc and Russell Acord – journey deep into the unforgiving North American wilderness attempting to encounter the elusive beast. Armed with state-of-the-art technology, eyewitness testimony, and decades of experience, they have a unified goal – to uncover the most convincing evidence and prove once and for all that Bigfoot is real.

FRIGHT CLUB
Jack Osbourne and the Ghost Brothers – Dalen Spratt, Marcus Harvey and Juwan Mass – are back with their hilarious and spooky competition to creep each other out with the craziest, most mind-blowing paranormal videos they can find. They’ll talk with the witnesses who captured the footage and get insight from other experts before voting on each episode’s “nightmare” clip. This season, a slate of actors, comedians, and an Olympian join the party to share videos, insight, and their own paranormal stories.

GHOST ADVENTURES
Paranormal investigators Zak Bagans, Aaron Goodwin, Billy Tolley and Jay Wasley continue their travels to haunted destinations where they meet with locals, eyewitnesses and experts in an attempt to piece together the haunted history of each site. They then begin their “lockdown” investigation, using the latest scientific gadgets and technology in an effort to obtain physical evidence of the paranormal and uncover the truth behind each haunted mystery.

GHOST BROTHERS: LIGHTS OUT
The Ghost Brothers – Dalen Spratt, Juwan Mass and Marcus Harvey – flip the switch on paranormal lore by shining their own light on its darkest secrets. The dopest brothers on camera hunting ghosts, these candid and unorthodox paranormal investigators explore iconic haunted hotspots to find out if the legends are really true and if these places are still plagued by the horror of the events that occurred there. They are ready to expose the haunted holdouts hanging around these locations with unconventional experiments.

THE HAUNTED MUSEUM
Produced by Zak Bagans in collaboration with filmmaker Eli Roth, this horror film anthology series presents frightening and hellish tales inspired by the spooky relics on display in Zak Bagans’ Las Vegas museum. Bagans, a devoted collector of the macabre, is opening his museum vaults and sharing the secrets and stories behind a curated selection of his most prized haunted artifacts through scripted shorts produced by Roth and his accredited team, and with featured commentary from Bagans.

UFO WITNESS
Since the U.S. government released information on its decades of evidence on Unidentified Aerial Phenomenon (UAP) earlier this year, reports of sightings and accounts have only increased. UFO expert and former federal criminal investigator Ben Hansen is joining forces with UFO researcher and journalist Melissa Tittl to uncover the dark secrets surrounding the unidentifiable objects in our skies.