Home Cryptozoology News You don’t want to miss these 8 miniature museums across the U.S.... 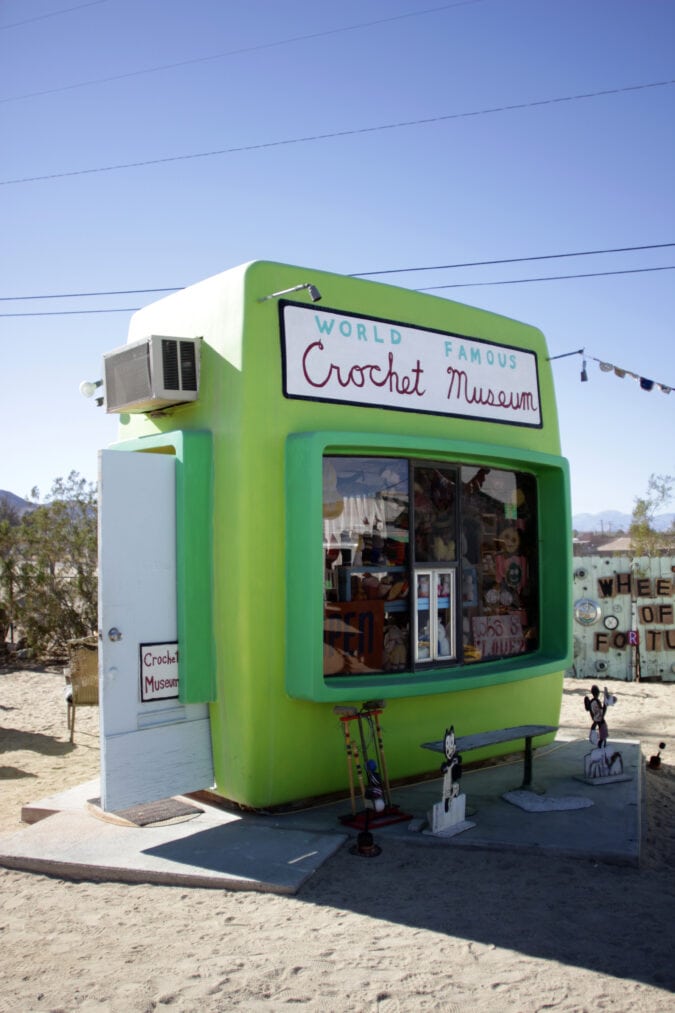 All it takes is one road trip across the U.S. to realize both how large—in physical space and diversity of ideas—and small this country can feel. Of course, scale is relative, but still there are certain places so large or so small that they scramble our sense of perception. If you piled up every person on earth, they would only fill a fraction of the Grand Canyon—while all 895,000 buildings built before 1992 in New York City’s five boroughs are housed inside of the Queens Museum of Art, a miniature metropolis built to a scale of 1:1200. In the middle of Kansas, a state known for its wide, flat vistas, you’ll find several big things in addition to a museum that straddles both ends of the size spectrum: The World’s Largest Collection of the World’s Smallest Versions of the World’s Largest Things.

While large, sprawling collections of important art and artifacts such as the Met or the Smithsonian museums are essential stops on any road trip, here are 8 miniature museums that prove that sometimes it’s the quality—not the square footage—of the exhibition that counts.

Measuring just more than 100 square feet, the World’s Smallest Museum exhibits “artifacts of ordinary life,” including a 1984 Compaq computer, a Beatles concert poster, a letter from John F. Kennedy, natural curiosities, and the “world’s largest pot of prehistoric puzzle pieces.” Located in a small red shed behind the Buckboard City Cafe an hour east of Phoenix, Arizona, the World’s Smallest Museum is free, but donations are appreciated.

The World Famous Crochet Museum, owned by artist Shari Elf, is housed inside of a tiny former photo-processing booth just outside of Joshua Tree National Park. Elf has been collecting crocheted items since the early ’90s; after purchasing the photo booth, she built shelves to display her collection, painted it bright green, and moved it to Southern California. Elf is a curator, not a creator (she claims she doesn’t know how to crochet), whose collection contains  poodles, dolls, flowers, cats, waffles, a banana split, a complete nativity set, and even a (tiny) kitchen sink. The museum’s official curator isn’t Elf, but a crocheted alligator named Bunny, who reminds potential visitors that the free museum “is always open, even though we may not be there.”

Eyegore’s Odditorium and Monster Museum is a new addition to Cawker City, Kansas, home of the World’s Largest Ball of Twine. Located just across the street from the small town’s famously big attraction, Eyegore’s is part shop, part museum, and the home of Matt “Wizard of Odd” Alford and his wife, “Master of Monster Management,” Julie. The space is officially only open on weekends for now, but visitors are encouraged to call the couple; if they’re home, they will likely be glad to show off their collection, which includes customized taxidermy pieces, antique medical equipment, a full human skeleton, and what they believe to be the largest pair of pants in Kansas.

The crown jewel of the Akin Free Library’s eclectic archive is easy to miss—you’ll have to descend into the building’s basement to see the curious collection of Olive M. Gunnison. Gunnison began collecting insects, mice, and worms as a child, and later moved onto preserving her own specimens. The mother and housewife kept her burgeoning collection in a shed behind her home—dubbed a “chamber of horrors” by her husband—until it was donated to the Pawling, New York, library in 1960. Currently, Gunnison’s collection fills four rooms, split into two sections: one devoted to natural history and a cabinet of curiosities. The museum includes dozens of taxidermy specimens, a shrunken head from Ecuador, the footprints of a dinosaur captured in stone, uranium ore, and a mammoth tooth.

First opened in 2012 in a downtown Manhattan elevator shaft, the 36-square-foot Mmuseumm, is currently located in Cortlandt Alley just south of Canal Street. Devoted to “object journalism,” the Mmuseumm’s website bills it as “a new type of museum, expanding in a network of expected and unexpected locations, dedicated to exploring modern humanity and current events through revealing objects from around the world.” Past objects on display have included an early-generation iPod, art created by prisoners, and a shattered lava lamp. The Mmuseumm is temporarily closed but the collection can be seen 24/7 through a viewing window.

Located less than 3 miles east of the U.S. Capitol and the National Mall, and tucked away in the middle of the 446-acre U.S. National Arboretum, is a small museum of tiny trees with a long history: The National Bonsai and Penjing Museum. The mission of the free, open-air museum museum is to educate future generations about the ancient art form of bonsai. Showcasing more than 100 specimens, the collection is divided by region of origin and includes trees from Japan, China, and North America, many of which are centuries old.

Related The National Bonsai Museum may be tiny, but it represents centuries of history

After he and his family moved from Long Island to Littleton, North Carolina, former New York City journalist Stephen Barcelo began to suspect their historic home was haunted. Now the ground floor of their home houses the Cryptozoology and Paranormal Museum. One room is dedicated to the paranormal, including several haunted dolls, gravestone rubbings, an old wooden coffin, and shrunken heads; the other is dedicated to cryptids, with plaster casts of Bigfoot footprints and other evidence of the mythical creatures’ existence. One of the most popular items Barcelo sells is a complete Bigfoot go-bag for those conducting searches of their own; Barcelo and his daughter Holly also lead ghost tours and host paranormal investigations all over the country.

When Mississippi’s Hattiesburg Pocket Museum opened in August of 2020, the museum had no address or phone number. Today, a search will get you to an adjacent street, but visitors still have to find the right alley themselves—which is part of the fun. On busy weekends, you might be able to follow the crowds or ask someone for directions, similar to a speakeasy. The museum itself, made up of a window with shelves, is only one part of the Pocket Museum experience, which includes several large-scale murals, a theater made from a modified ViewMaster, and an art gallery created in a former newspaper stand. Visitors can scan QR codes to get more information about the displays and submit their own pieces for exhibition.