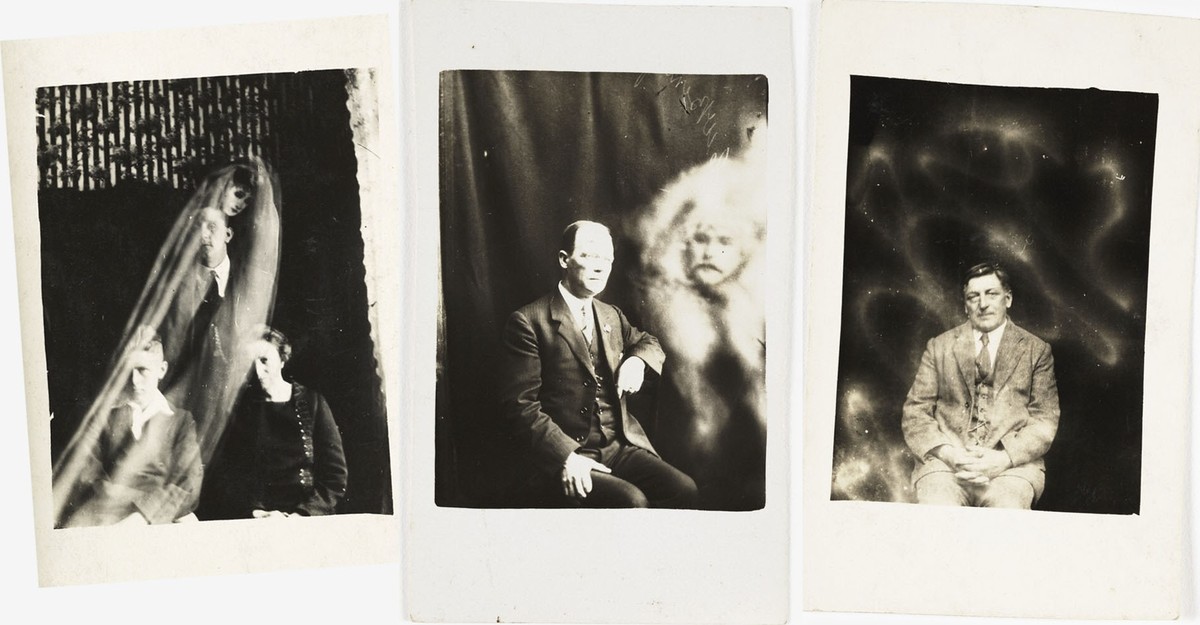 Your aunt says she was unable to sleep a wink because her Airbnb on the Cape was haunted by a pirate. Your uncle, who survived a heart attack, claims to have a new zeal for life after talking with his deceased father in heaven. Does believing their stories mean believing in ghosts?

No, it doesn’t. Because a story can be true in different ways.

Now is the time for ghost stories—and not just the kind intended to scare the kids at night. It’s also the perfect moment to reconsider how we think about other seemingly unexplainable tales. If someone tells you they’ve seen a ghost—or had a near-death experience (NDE) in which they departed their corporeal self—resist the urge to scoff. There’s a difference between ghost stories that are accurate and ones that are real.

Unlike the scary stories we like to tell in the dark, first-person reports of ghost sightings warrant a presumption of truth. Unless you have good reason to think otherwise, trust that your aunt really did see a specter and that your uncle really did hear his dad’s voice. The fact that they saw and heard these things helps explain why she’s so tired and he’s so energized. And rather than rolling our eyes at stories that sound unexplainable, we can accept the profundity of these experiences and respect their sincerity without being committed to their accuracy.

Read: Why do people believe in ghosts?

Experience, after all, doesn’t always match reality. Consider hallucinations, a term we don’t often associate with the supernatural. When people hallucinate, they see and hear things that aren’t there—like that time your college roommate took some mushrooms and kept insisting that the rose on his Salvador Dalí poster was blooming. Accepting reports of what a person experienced can help explain their behavior, even if we know it was the result of a chemical imbalance or something they ingested.

You might worry that comparing supernatural experiences to hallucinations stigmatizes those who see ghosts by suggesting they are mentally ill or on drugs. But drawing parallels with hallucinations is stigmatizing only if our presumption is that there is something wrong with having hallucinations in the first place. We need not accept this.

Hallucinations occur for many reasons and are quite widespread. How many times have you felt your phone vibrate in your pocket, only to realize you didn’t actually get a text? Being the subject of a hallucinatory experience is nothing to be ashamed of.

Moreover, comparing ghost sightings and other supernatural experiences to hallucinations can be illuminating. The results of induced hallucination studies, for example, may provide a window through which we can better understand what’s going on with ghost stories. In both cases, we have reason to think that what people perceive is influenced by their prior expectations. The subjects in these studies are primed to expect to hear a beep when they see a light, and that’s what happens, even when no beep occurs. Similarly, we can suppose that your aunt saw the ghost pirate because she read a comment in the guestbook that the house is haunted. She was expecting him! To reject the parallel between hallucinations and ghost sightings out of hand would be to unnecessarily curtail our powers of explanation.

All of this can be easily applied to stories like your aunt’s encounter. We may not believe she saw a ghost, but we believe that she believes she saw one—and that therefore her experience was real. But what about your uncle’s chat with his dead father? Here we have a different category of ghost story altogether. And some insist that NDEs like your uncle’s prove the existence of the supernatural.

Let’s look at a particularly compelling case reported by the cardiologist and NDE researcher Pim van Lommel. A heart-attack patient’s dentures were still missing a few days after he had been resuscitated in the hospital. One day while he was still in recovery, he recognized the nurse who had removed them from his mouth days earlier—and it all came back to him. Lo and behold, they were in the cart drawer, where the patient said the nurse had placed them! But how did he know? He was unconscious when the nurse had taken his dentures out. Because, he said, he’d been floating above his body during the procedure and had seen it all happen.

From the April 2015 issue: The science of near-death experiences

This experience contains a detail—the dentures in the drawer—that matches what occurred at the time the person was unconscious. It’s not clear how the man could’ve known this if he wasn’t floating above his body. This NDE seems to support belief in the supernatural by giving us reason to accept the reality of a disembodied consciousness. It seems to provide us with a firsthand story about a real ghost.

We have plenty of reasons to resist this conclusion. For starters, accepting the supernatural explanation requires accepting the truth of things we can’t, even in principle, measure or observe. It requires giving up on the explanatory completeness of science. And it’s not clear we should do that yet. The fact that we don’t currently have a scientifically sound explanation for how this man could have known the whereabouts of his dentures doesn’t mean we won’t have one in the future. Science has been enormously successful in catching up with the apparently unexplainable, and it won’t stop.

In the meantime, Team Supernatural can point to a ready explanation for how the man knew about his dentures: He was a disembodied mind. The only thing Team Science can offer in response is a request for patience. Isn’t this just trading faith in the supernatural for faith in science?

Not quite. Team Science may not, at the moment, have an explanation handy for this man’s NDE, but its track record should instill confidence. Meanwhile, it isn’t in a worse position than Team Supernatural—both have some explaining to do.

Even if we accept that this man knew his dentures were put in the drawer by granting that he was, for a time, a disembodied mind, the supernaturalist then has to explain how this mind could function in connection with this same body both before and after the NDE. Most of what this man has seen in his life, he’s seen through his eyeballs. Team Science reminds us that we know something about how a physical brain receives visual inputs from physical eyeballs. How does a nonphysical mind receive visual inputs from physical eyeballs? Team Supernatural still faces the task of explaining how the physical and nonphysical can interact.

Until the believer in ghosts can provide a compelling explanation for this, it seems best to stick with science and believe some ghost stories without believing in ghosts.