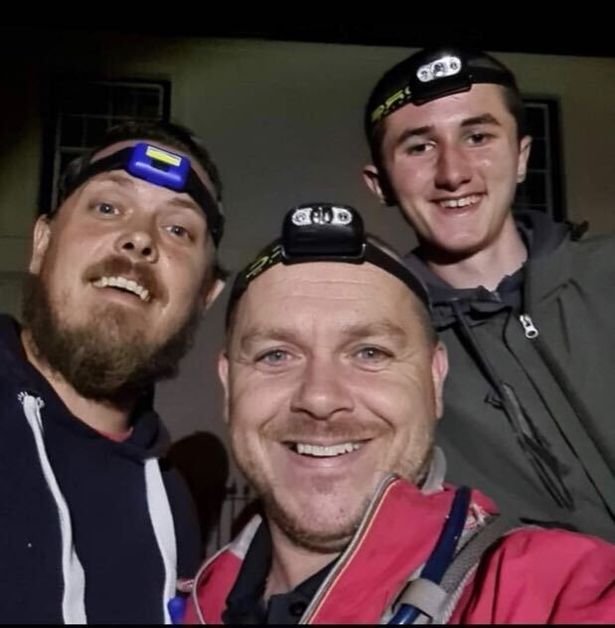 Two groups of Cornish ghost hunters have published their spooky findings after a successful few months of searching for the supernatural. The Cornish Ghost Whispers and the Pengegers Paranormal Pansy’s have both contacted CornwallLive to share what they found.

The latter group, run by Camborne-based team Mark Earl, William Ives, and Ollie Earl, were live streaming from St Day’s Church, near Redruth, when their viewers noticed something odd in the window. Mark told CornwallLive that a strange figure in the top floor window of the church can’t be a living human.

“There’s no inside for the Church,” Mark said. “It’s all been stripped out. As we were walking down, on the live stream you can see the outline of a girl in the window.

“Our viewers said the same – that it’s a little girl. It’s shaken us up a bit, we’re not the type to make things up. We’ll say it’s nothing if we investigate somewhere and it’s nothing. We just want to speak the truth about a situation. If you don’t believe us, just open up, open yourself up, if you don’t believe it just try it yourself.”

Mark explained that he formed the group in September after a string of strange happenings at his home in Camborne. These, he said, ranged from weird noises in the night and seeing people walking around the house.

Get our top stories delivered to your inbox every day. Choose what you lovehere.

He said: “I’d hear someone behind me, think it’s one of the kids and turn around to scare them. But there’d be no one there. Several times I’d go and check on them and they’d be fast asleep.

“We started the group as a joke at first, we were all sceptics. Then we went and did live videos and people said they were seeing things. Naturally, we did too – stuff we couldn’t explain.”

Often, Mark said, on walks at Tehidy Woods with his wife they would take pictures and later on check them to find bizarre and unexplainable faces or figures in the distance. The St Day Church sighting was back in December, but Mark went on that the group has found dozens of similar events in the last few months.

Meanwhile, the Cornish Ghost Whispers is led by Falmouth team Candice Collins, partner Nick Pierce and mum Susanne. Candice previously told CornwallLive of her sightings of everything from ghost dogs to the spirit of a tin miner.

But one sighting this year shook the seasoned ghost hunter to her core. On an outing at St Gluvias’ Church, Penryn, the trio were investigating when they saw strange movements inside the building.

Candice recalled: “We went there because of a few pirate graves, and that it’s supposed to be haunted by an old bell ringer. It’s supposedly someone who lost their life at sea and comes back to ring the church bell.

“We were just doing some normal paranormal photography when we put the cameras into the chapel, took a few. A few months later mum and I were looking back over and we see this weird face just there.”

Candice said she didn’t know what the face was, but was certain it was the figure of the woman. However, she clarified, it’s likely not the bell ringer ghost as that’s a man.

“We also heard some whispering and footsteps,” she added. “We had the feeling we were being followed around.”

50 of the best family walks and picnic areas in Cornwall

22 of the best places to eat in Cornwall