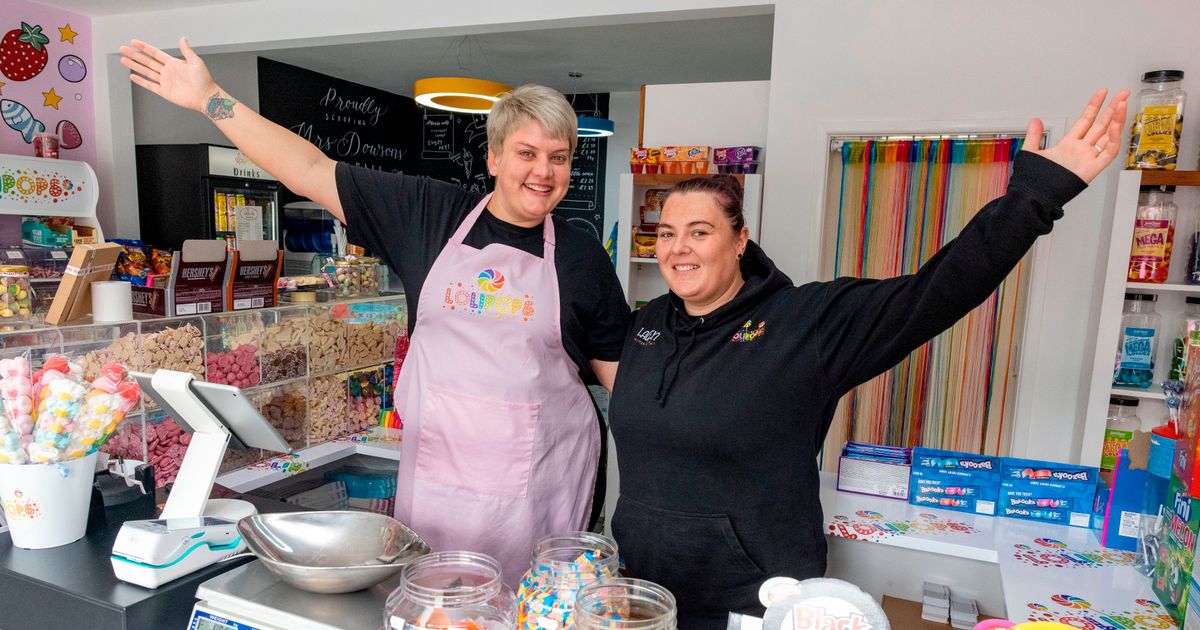 A couple got the fright of their life after ghostly activity triggered CCTV cameras at their sweetshop.

Amy and Lauren Elleray-Wilson had their Saturday night interrupted by spooky scenes caught on camera at their store Lolipops.

While spending the evening with her family, Any received a notification on her phone alerting her to movement, reported Lancs Live.

She initially feared somebody was trying to break in, but when she checked the camera, instead she saw a white orb floating directly in front of the lens.

The couple, who own two sweet shops, are now convinced they were visited by a figure of the spirit world at their newest branch in Penwortham, Lancashire.

“I went onto it and I was watching the orb just fly around and I was like ‘What on earth is going on here?’.

“I’m looking and thinking ‘What is it?’. I thought it might just be a bug on the camera or it might be a moth.

“Then we could see shadows and then all kinds of stuff and I was like ‘Wow what is going on?’.”

Amy said she downloaded the clips of the orb and posted it into the Lolipop’s team WhatsApp group, where they shared their own fears and worries over the new ‘guest’.

Amy’s sister Megan, who also works at the branch, told how she had her own close encounter at the store just days before.

“Megan told me she was cashing up the other day and her bag fell off the side but didn’t even think anything of it,” Amy said.

“She said it had literally been on there for about 10 minutes.”

Looking back at the CCTV footage, Amy found the moment her sister stood behind the counter with her bag to the left and watched it sit there for 12 to 13 minutes before suddenly tipping over the side.

She said the strange part of the incident was that Megan claims her bag was practically empty.

“I said to her ‘Did you have something heavy in it?’, and she was like ‘No Amy, there was an empty sandwich box, an empty water bottle – it was really light’,” Amy added.

After posting about the ghost in the sweetshop, Amy said many people who commented pointed out details in the clips that she had not seen herself.

“I’m thinking ‘Where are these guys looking?’, but when you turn your brightness up you can actually see it.

“There’s all sorts of activity going on there. It’s so freaky.”

Some residents have touched on the history of the area, explaining how accidents on the road outside of the shop might be the reason why the sweetshop owners were experiencing some paranormal activity.

Amy continued: “We don’t really know that much history about it apart from it used to be a post office when we have it before we got it.

The newsletter is emailed out first thing every morning, at 12noon and every evening.

Never miss a moment by signing up to our newsletter here.

“But some did comment on one of the videos saying that there was a little boy who unfortunately died, so I thought it could possibly be him coming back on into the sweet shop. That is really freaky.

“Since then, we’ve not had any more activity at the pet shop but we are sure something else will happen.”

Amy and Lauren said this is not the first time they’ve had paranormal experiences.

At one point, the pair lived together in a house in Bamber Bridge where they were told by the former owners that the property was suspected to be haunted by the family that occupied it decades ago.

They were not deterred by the prospect of living with a spirit living and Amy said for her, “seeing is believing”.