Home Paranormal News The eerie King’s Lynn museum said to be haunted by more than... 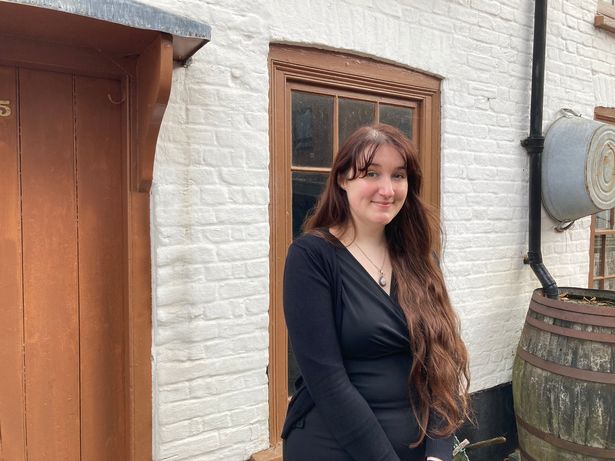 True’s Yard Fisherfolk Museum sits right in the area of King’s Lynn that was once populated with fisherman who made their living by going out into The Wash to catch fish to sell. The museum is home to two original fishermen cottages and with King’s Lynn’s rich history surrounding fishing, it’s no surprise that this museum is said to be haunted by many fishermen who died on the job.

The museum is said to be the most haunted part of King’s Lynn, with more than 30 ghosts believed to haunt the building. The fishermen’s cottages especially have seen lots of paranormal activity and you can feel an eerie presence when you step inside.

When Norfolk Live went on a tour of the museum, things quickly got spooky when a cupboard door was open that has been closed less than 10 minutes earlier and a heater that had been broken for almost 10 years mysteriously came back to life.

Lindsey Bavin, curator at the museum said that many paranormal investigators have been to the museum over the years and they estimate that there could be 37 ghosts living there, with the most active areas being the two fishermen’s cottages.

She said: “There was one instance where a woman asked to go to the cottages and sit in and draw so we said yes and off she went. When she had finished her drawing, she asked to show me and I was expecting it to be a nice drawing of the cottage but it was actually a drawing of a woman. It was the woman pictured on the wall but she had these huge bulging eyes and cuts all around her neck, it was rather creepy!”

It’s thought this ghostly woman used to live in the cottage with around 14 children, although the exact number is not known. Another sighting reported the exact same figure that this woman had drawn, and the two people were not connected in any way. The upstairs room in the cottage is thought to be where the ghost of this woman spends most of her time.

Another spooky ghost encounter was when someone reported seeing a child running around on their own. Lindsey said she checked the whole museum and there were no children to be seen. She also checked with the ticket desk and not a single child had been signed into the museum on that day.

Upstairs in another part of the museum there is a corridor that is said to be haunted by the ghost of a child and small toy-like objects have also been seen scattered over the floor.

The museum building is made up of lots of different old buildings and there have been other reports of paranormal activity. One part of the building used to be an old pub and people have reported hearing groups of people in there. It was also a recruitment place during the First World War and many of these recruits died so it is thought that they returned to the pub as ghosts.

Another part of the museum which is now a place where they hold talks used to be a home above a shop. According to paranormal investigators, this is probably the most active part of the entire museum.

“We were recently on Help! My House is Haunted and that was an interesting experience. They wanted to sing some sea shanties to attract the ghosts and I know one of the presenters, Barri Ghai, had an EMF reader knocked out of his hand in our research centre and they also reported that it was the highest EMF readings that they’d ever had which was a little worrying.”

The ghosts have also been known to torment the investigators, with some saying their names back to them which have been heard in recordings.

Lindsey herself had a paranormal experience one Halloween in the fishermen’s cottage. A man who was there for their haunted house event asked to take her photo while she sat in a chair and the room immediately went really cold. This frightened both Lindsey and the man who left fairly rapidly!

“The area behind us which is Pilot Street used to have the name Dowse Hill which means the devil’s hill and we’re located near the river Loke and the name originates from Loki the god of mischief so this area has a real reputation for ghouls and goblins even back before its medieval origins,” Lindsey said.

“There was a very high mortality rate in the area. Fishing remains an incredibly dangerous industry and also there were waterborne diseases such as typhoid and cholera which led to the high mortality rate. So the fact that it’s haunted is not that unusual but for it to be as haunted as it is, that’s the unusual bit!”

The museum, on North Street, is open 10am-4pm every day except Sundays and Mondays.