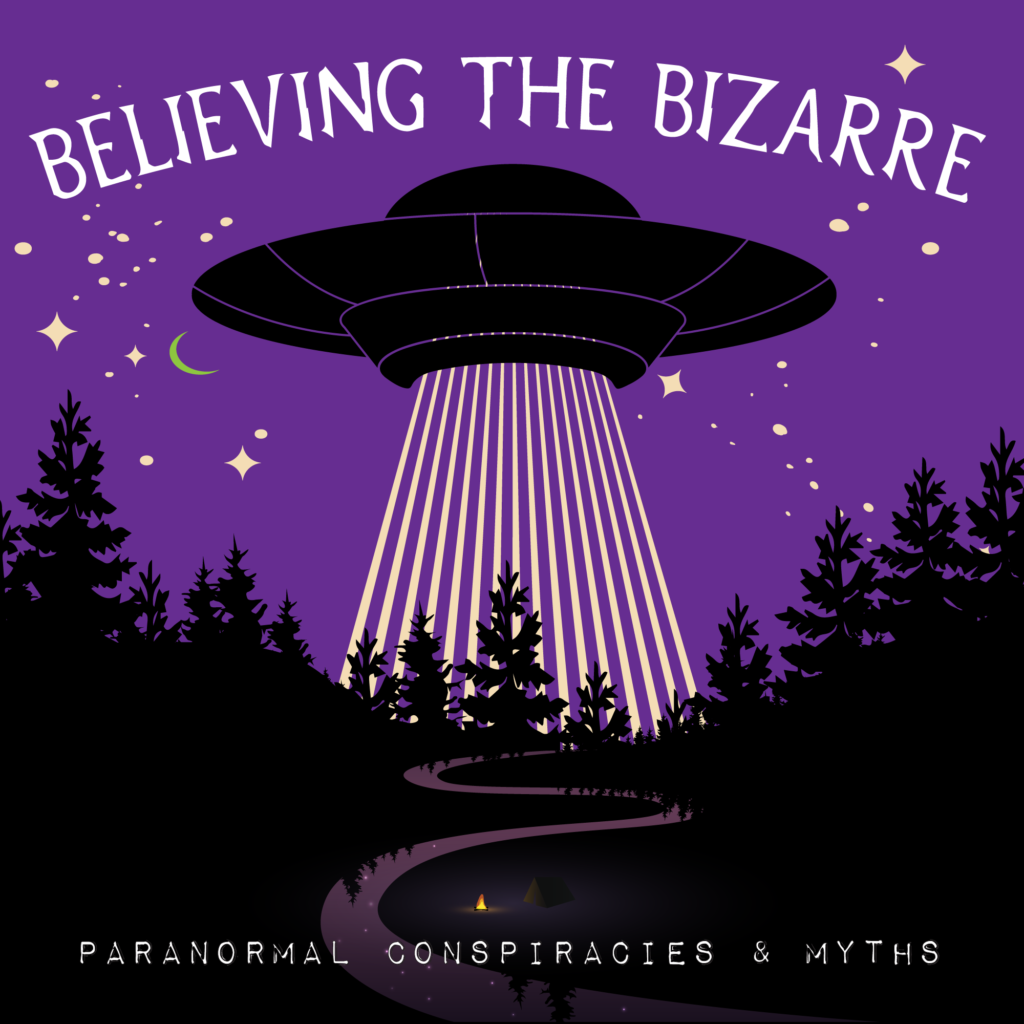 Want to hear about cryptids, Bigfoot, mysterious encounters, and unexplained events? Check out these podcasts filled with eyewitness stories, info from researchers, and details on urban legends. Some of these shows also explore UFOs and paranormal activity.

Podcasts like “Blurry Creatures” search for answers to elusive questions, myths, creatures from reality, and our imagination. Lots of these episodes share historical research on locations, field recordings, and interviews with investigators. Several of these shows invite listeners to share their accounts to be featured on future episodes in a judgment-free space.

Bigfoot and Beyond with Cliff and Bobo

Listen to ‘Bigfoot and Beyond with Cliff and Bobo

Cliff Barackman and James “Bobo” Fay host Animal Planet’s Finding Bigfoot. They’re bringing their hosting chops to the podcast, “Bigfoot and Beyond with Cliff and Bobo,” with over 170 episodes running less than an hour on average. Along with special guests, hear about “drone Squatching,” Night Marchers, Menehune, Bigfoot tracking, and more.

Join “Sasquatch Odyssey,” a judgment free place to share your Bigfoot, cryptid, or other unexplainable stories. If you’d like your story to be featured on the podcast, email Brian at brian@sasquatchodyssey.net.

Listen to ‘The Confessionals’

From UFO encounters to Bigfoot sightings, paranormal activity, and conspiracy theories, “The Confessionals” invites witnesses to share mysterious stories. Episodes extract details from each account, explore unknowns, and more. This series is presented by Tony Merkel.

“Sasquatch Chronicles” shares recent Sasquatch encounters, sightings, and stories from Bigfoot eyewitnesses. Episodes interview investigators, researchers, and witnesses to learn more about creatures. Also tune in for Bigfoot news and information in over 500 episodes running less than an hour on average.

Listen to ‘From the Shadows’

On “From the Shadows,” Shane Grove, The Barrister, Jason Lewis, Jerry Muniz, and Ozark Howler explore the paranormal, cryptozoology, supernatural, ufology, and the unexplained. Check out over 270 episodes released semiweekly.