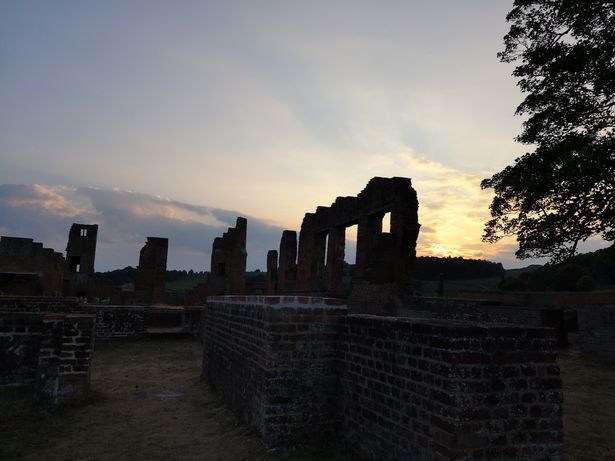 We’ve probably all enjoyed spirited days out at attractions such as Bradgate Park and Bosworth Battlefield. But, have you ever wondered what they’re like to visit after-dark, when ghostly encounters are a distinct possibility?

Leicestershire-based paranormal investigators Haunted Heritage are giving you the chance to find out, with a number of ghost walks and ghost hunts taking place at local haunted historical venues. Having been operating since 2011, the team aims to offer historically focused ghost walks, which support local heritage sites.

According to co-owner Michele Smith, the ghost walks and hunts are very much interactive with guests using investigation equipment. She says the aim of these events is to collate information which the team can research and then corroborate with records from the venue.

Ghost walks take place outdoors and are described as a great introduction to the world of ghosts and the paranormal. Guests are shown how to use some basic investigation equipment called K2 meters and dowsing rods and get to take these with them on the walk, which takes between 90 minutes and two hours, depending on the location.

Ghost hunts, also known as investigations, take place indoors at haunted historical venues. The events generally take place from 8pm until 1am, and guests have the opportunity to use a wider selection of investigation equipment as well as participating in a variety of paranormal investigation experiments.

During September, ghost walks will take place at locations including Bradgate Park, Bosworth Battlefield and Moira Furnace. At Bradgate Park, you’ll be able to visit the ruins of the childhood home of Lady Jane Grey, and explore the Chapel where you will be part of a vigil.

According to Haunted Heritage, monks have been sighted on many occasions and, and on entry to the ruins, a female apparition has also been spotted in one of the stairwell towers. Ghostly disembodied voices, sounds of military drums and ghostly horses hooves also been reported.

Bosworth Battlefield is described as an ‘extremely active’ site, and people have previously heard the sound of battle trumpets. Light anomalies seen with the naked eye and physical sensations of being pushed and grabbed are common experiences on this walk, according to Haunted Heritage.

At Moira Furnace, which was built in 1804, sightings have included shadowy figures in the workshops, and the ghostly apparitions of former workers in the grounds.

There will be ghost hunts at the 1620s House, Donington le Heath where ghost sightings have included housemaids and children flitting about the kitchen and bedrooms, and a haunted school house in Coalville – where the apparition of a young girl has been seen walking up the stairs.

A ghost hunt will also take place at Beaumanor Hall, where there have been many sightings, according to Haunted Heritage. These have included a female called Martha saying “Hello” in the cellars, a male presence following people in the attic and whistles have also been heard when no-one is there.