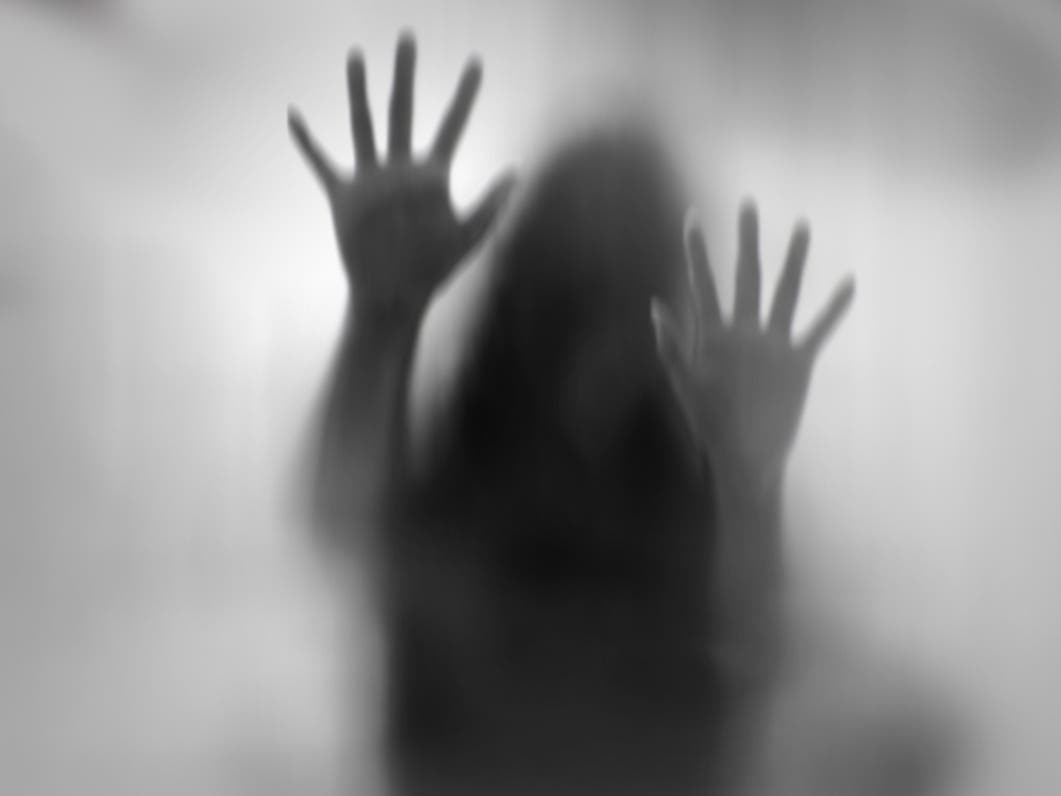 ILLINOIS — Are you morbidly curious? Like a good scare? If you’re looking for a fright this Halloween, Patch has rounded up the best bus and walking ghost yours in Chicagoland and beyond. Throughout its prairies, river towns and big cities, Illinois is filled with ghosts bumping into each other — from Honest Abe Lincoln and ne’er-do-well neighborhood hobos to dead pioneers and gangsters.

Each tour is unique, offering its own interpretation of Illinois’ local haunts, including historical perspectives, as well as storytelling and opportunities to do your own paranormal investigations. You may even find yourself part of a YouTube video or podcast.

Because the business of boos is brisk in October, you may want to reserve now because these tours fill up fest. Much like the news, ghosts aren’t known to take a vacation, so don’t be bummed if some tours are currently sold out. Many of these tours actually run throughout the year.

Tony Szabekski, a long-time tour guide and ghost hunter for Chicago Hauntings, is giving tours every night leading up to Halloween. He said going a ghost tour is definitely a fall thing to do, when the days are getting shorter and creepier.

“Some people are amazed by the Chicago history. People go to Lincoln Park Zoo all the time, never knowing that it was once the city graveyard for 35,000 graves. I do use some equipment on some of the tours, and we do get spikes on meters and responses on spirit boxes.”

It’s hard to believe that more than a century has passed since Prohibition was enacted in 1920. Chicago Gangster and Ghost Tours dives into the city’s haunted gangster hangouts and old crime scenes where it all went down 100 years ago. Take a 1.5-mile walking tour through the old Chicago Loop Vice District. Notable stops include the Congress Hotel, where ol’ Scarface himself, Al Capone, ran his incognito bootleg business, Death Alley and Palmer House. Tours are led by historians, who share the infamous stories of the ghosts and gangsters of Chicago’s streets. Four tours are offered daily: 11 a.m., 1 p.m., 4 p.m. and 8 p.m. Walking tours may be limited in group size for social distancing. Tickets range in price from $35 adults; $25 for seniors (age 65+), youth (7-17) $17. Kids age 6 and under are free. Book online to reserve a spot or call 708-239-8542.

Chicago Hauntings offers a treasure trove of walking and bus tours, and frequently makes the lists of top ghost tours in America and Chicago. Take a chilling walk through Lincoln Park and Prairie Avenue, which was once the home Al Capone. The ghost tour company also ventures into the suburbs, including Aurora and Naperville, where you might run into the Naperville Bride. Beware: In addition to encountering a phantasm, you might learn a tidbit about local history, too.
Tours are being booked now for the Original Chicago Bus Tour, Lincoln Park Haunting Chicago Ghost Tour and Ghost Hunt, Prairie Avenue Ghost Tour, The Devil In the White City, Resurrection Mary/Archer Avenue Triangle, Aurora Hauntings Ghost Hunt and Naperville Hauntings, as well as private tours. Tours range in price from $29 to $49, including rates for seniors and children. Visit Chicago Hauntings to book a tour; call 833-446-7813 or email info@americanghostwalks.com.

Graveside Paranormal (GP) is a rising star in Chicago’s ghost tour industry. People who’ve taken Neal Gibbons’s tours rave about his storytelling and encounters with the spirit world. Graveside Paranormal visits the most haunted destinations, where Gibbons and partner Steve Leinweber have previously uncovered paranormal activity. Many of these are exclusive locations unknown to other ghost tours.

Guests get hands-on paranormal investigation experience with the help of EVP recorders (guests are also welcome to bring their own equipment) and other ghost hunting tools.

Patch has been on a few of Gibbons’ tours, and we’ve had some weird experiences, including in the back end of Bachelor’s Grove Cemetery, where a spirit gave the name of a guest’s dead grandmother’s dog (Pepper) through Leinweber’s Ana Hatta box, which is said to communicate with souls beyond the grave. Paranormal Night Life tours are 4.5 hours long and depart from 115 Bourbon Street, 3359 W. 115th St., Merrionette Park. Tours are set for 8 p.m. Oct. 8, Oct. 14 and Oct. 15. Arrive one hour early for check-in. Book tickets online. All tours are $47

NEW IN 2022: St. James Cemetery (aka Monk’s Castle) in Lemont, is another 4.5 tour for legendary ghostly stories while strolling through sacred grounds, and other haunted locations throughout the southwest suburbs. The Monks Tour departs from the Branding Iron, 7036 S Harlem Ave., Bridgeview. Tours are set for 8 p.m. Oct. 22, Oct. 28 and Oct. 29. Arrive one hour early for check-in. Book tickets online. All tours are $47.

The Joliet Area Historical Museum offers a variety of walking tours of the Old Joliet Prison including self-guided and docent-led historical, guard, paranormal, photography and haunted history tours of the old Jolly Tea Room. The looming, limestone gothic structure opened in 1858 as the Illinois State Penitentiary and was built in the 1850s by convict labor. Convicts and criminals literally worked the rock pile, quarrying limestone onsite. Joliet Prison or Joliet Penitentiary, as the locals called it, housed prisoners of war and criminals during the Civil War. By 1872, the prison population had swelled to 1,239, then a record number for a single prison.

The prison was slow to modernize, and there was no running water or toilets in cells until 1910. Before the Joliet Prison closed in 2002, Leopold and Loeb, Baby Face Nelson, Richard Speck and John Wayne Gacy passed through its cells. Tours offer a glimpse into the grim history of the state and the nation’s correctional practices. Also, you never know when Dickie Loeb might stumble out of the old prison shower.

Self-guided tours are mostly outside, but you can walk through the North Segregation Building. Tickets are $20 for adults, $10 for children ages 3-12; and free for museum members and children under 3.

General History Tour is a docent-led, 90-minute tour, which takes you into the East and West cell blocks, North Segregation Building, cafeteria, chapel and the Honor Dorm. Tickets are $30; museum members free.

Also check out the Haunted History Tour exploring the darker side of the prison, $40 for the public, $30 for museum members. It does not involve paranormal hunting and is not recommended for young children.

Prison Photography Tour allows a 3-hour window to capture unique shots of the prison and its limestone, plus other sections of the clink. $50 general admission; $45 for museum members.

Tours will meet at the Old Joliet Prison main parking lot off of Collins Street in front of the prison (1125 Collins St., Joliet, IL for your GPS). To learn more and to book tickets online, visit Old Joliet Prison Tours or reserve by phone, 312- 978-1282.

Weird Chicago/American Hauntings visits all the sites of Chicago’s mayhem and mystery. Tours include the Devil In The White City, where you visit H.H. Holmes’ hangouts, All Weird Chicago Bus Tour and Haunted History Downtown Walking Tours. There’s no itinerary, so every tour is different. Knowledgeable Chicago tour guides mix it up to keep everyone guessing. Book a Weird Chicago ghost tour. Tours range in price from $25 to $30.

One of Chicago’s oldest neighborhoods, Lincoln Park, has been the site of massacres and speakeasies, and the stomping grounds of serial killers, hot jazz babies and gangsters. Scratch beneath Lincoln Park’s recreational spaces, lakefront views and lagoon, and you’ll find its weird underside, where the ghosts of Al Capone, H.H. Holmes and John Dillinger are said to roam. The neighborhood was also home to L. Frank Baum and the prime suspects in the 1982 Tylenol Murders.

Windy City Ghosts hosts daily walking tours, rain or shine, including 60- and 90-minute walkabouts. Tours are led by knowledgeable Chicago guides who offer strange and disturbing tales of such haunted sites as the Order of the Golden Dawn, the former Hobbs Institute asylum, Biograph Theatre, Red Lion and John Barleycorn Memorial Park. Also hear about Lincoln Park’s history as the city’s burial ground. Tickets are priced at $25 adults; $18 childre 6-12; children under 6, $13. Upgrades available. Book tickets online. Get your daily steps in while you learn something chilling about one of the city’s most popular neighborhoods.

American Hauntings publishes ghost books and newsletters on the paranormal (American Hauntings Ink) and has a podcast. Tours and ghost hunts visit the Midwest’s most haunted landmarks in Carlinville, Alton and Springfield, into Indiana, Iowa and Missouri. October is booking quickly, so you have to hurry. Tours are offered throughout the year. Book online.

Who knew Decatur was such a hot spot for sin, scandals and sordidness? One of Jacksonville-based American Hauntings‘ oldest tours, Haunted Decatur, offers a supernatural bus tour of the city’s crime scenes, scandals, unsolved murders and more. Each tour gets on and off the bus throughout the night at the most haunted places in town, including indoor locations where you might have the chance to meet a deceased Decatur resident. Book online.

Stroll through historic downtown Galena by candlelight. Guests of Haunted Galena Tour Company are led by costumed ghost guides who share Galena’s ghostly tales and eerie folklore about Galena. Tours are performed in a true storytelling format, and are offered Wednesday, Thursday, Friday, Saturday and Sunday at 8 p.m., and Friday and Saturday nights at 8:30 p.m. throughout October. This is not a ghost hunting tour, but you are welcome to bring your EVP equipment. No kids under 7. Tours start at the Dowling House, 220 Diagonal St. in downtown Galena. Tickets are $21. 45; buy them online. Check out Haunted Galena Tour Company‘s other tours. All guides are fully vaccinated.

During the 19th century, Galena newspapers regularly carried stories about citizens’ paranormal encounters and exorcisms. Today, you can climb aboard a coach bus, where Amelia’s Haunted Galena Bus Tours will take you to all the paranormal cold spots and share the lore and history behind these local urban legends. Sites visited include one of the area’s oldest cemeteries, along with the Dowling House, Ryan House and the DeSoto House Hotel — where Abraham Lincoln once made a speech from the balcony and the Lady In Black often roams. Three tours are offered daily throughout October. Buy tickets online.’s>

This tour is perched on the mighty Mississippi River in Mark Twain’s old hometown, Hannibal, Missouri. We’re throwing in the Haunted Hannibal Ghost Tour because we’ve had a few experiences that have scared the crap out of us, such as a 6-year-old’s iPad photo of her ghostly playmate, Billy Hoag, one of three boys, who in 1967, got lost in Hannibal’s elaborate cave system and launched the largest cave rescue in U.S. history. The lads were never found.

Bus tours take guests to Hannibal’s most notoriously haunted sites, both past and present. Hear stories of murder and mischief from Twain’s boyhood days in Hannibal, meet the present-day ghosts of the mansions on Millionaires’ Row, and so much more.

Get more local news delivered straight to your inbox. Sign up for free Patch newsletters and alerts.