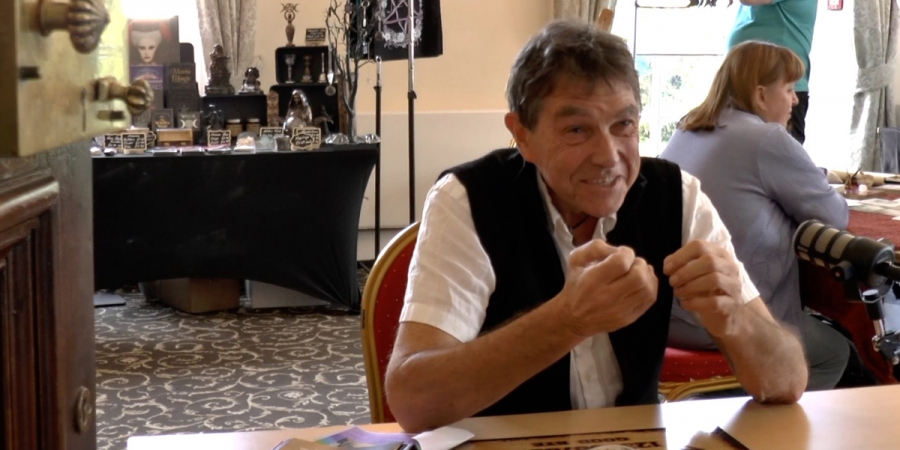 The event took place on Saturday, September 25 and saw ghost hunters and paranormal enthusiasts from across the country come together. Richard was just one of a day-long schedule of speakers, which also included paranormal investigator Kate Cherrell, hypnotists Paul Goddard and historian Neil Storey.

Richard said that despite being a storyteller, he likes to take those stories to pieces and analyse them. He said, “funnily enough, we say story, which is absolutely right but I refer to what I’m telling people as accounts, not stories.” The former ‘Most Haunted’ star continued, “I think there’s a big difference between a story and an account, because a story gets handed down from generation to generation and becomes our Chinese Whispers. Whereas accounts from people from this generation that have seen it, heard it, sensed it, felt it or whatever, it is very different.”

Richard has just brought out a new book called ‘The People’s Ghost Stories’, but joked, “I call it ‘the people’s ghost stories’, I shouldn’t have done. I should have called it ‘people’s ghosts accounts’, because they are Joe Public that saw ghosts, heard ghost.”

But where Richard really becomes a storyteller is in bringing those real accounts to life in the re-telling of them. He said, “everyone says to me, ‘I could listen to you all night'” He added, “so in other words, we’ve all got some attribute or ability. I suppose mine is telling stories.”

He explained, “I know what it is because I do the same with schools, I teach local history, Derby’s local history in schools. I have an ability to to seek out the bits that people want to hear, the interesting bits, the juicy bits.”

But of course, ghosts and history go hand in hand as Richard explains, “I think history is a very important part because for every ghost story there is an element of some very important history.”

Richard also talked about some of the more recent ghostly goings on at the old jail, his belief in stone tape theory, and why he doesn’t believe in demons. Richard said, “that’s just another thing invented by the church. We had a Devil which they created and then they had to have little devils and they were known as demons.”