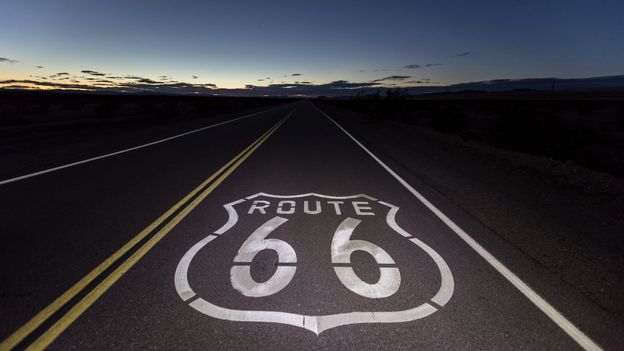 On a four-mile rural road eerily nicknamed the Devil’s Promenade, just off the old Route 66 in the north-east corner of Oklahoma, a paranormal mystery has puzzled spirit seekers for more than 100 years. The Hornet Spook Light – a mysterious, basketball-sized glowing orb named for the former town of Hornet – has been appearing in the night sky here since 1881. No-one knows what this peculiar, smouldering ball of light signifies, where it comes from or what it’s composed of. Even the Army Corps of Engineers have concluded that it’s a “mysterious light of unknown origin”.

It moves, spinning and bobbing up and down, like a lantern held by a dancing ghost, and is usually spotted from inside the Oklahoma border looking to the west.

As Route 66 historian Cheryl Eichar Jett, author of Route 66 in Kansas and founder of the annual Miles of Possibility Route 66 Conference, explained, “The Mother Road’s historical path through Joplin, Galena, Baxter Springs and then south to Quapaw, overlaps the Hornet Spook Light’s fame in the corners of Missouri, Kansas and Oklahoma, where those three states’ borders meet. And so, the legends and lore of the eerie light have become inextricably tied to the equally legendary highway.”

Drawn by the mystery like so many other Route 66 aficionados, I parked my car along the empty road in the still of a moonless night. I waited for over an hour in the darkness, and though the Spook Light never bounced in the distance, the lore I’d read magnified my expectation so much that a pair of passing headlights spooked me, if only for a second.

Local resident Vance Randolph documented his encounter with the phenomenon in his 1947 tome Ozark Magic and Folklore. “I have seen this light myself, on three occasions,” he wrote. “It first appeared about the size of an egg but varied until sometimes it looked as big as a washtub. I saw only a single glow, but other witnesses have seen it split into two, three or four smaller lights. The thing looked yellowish to me, but some observers describe it as red, green, blue, or even purple in colour. One man swore that it passed so close to him that he could plainly feel the heat, and a woman saw it burst like a bubble, scattering sparks in all directions.”