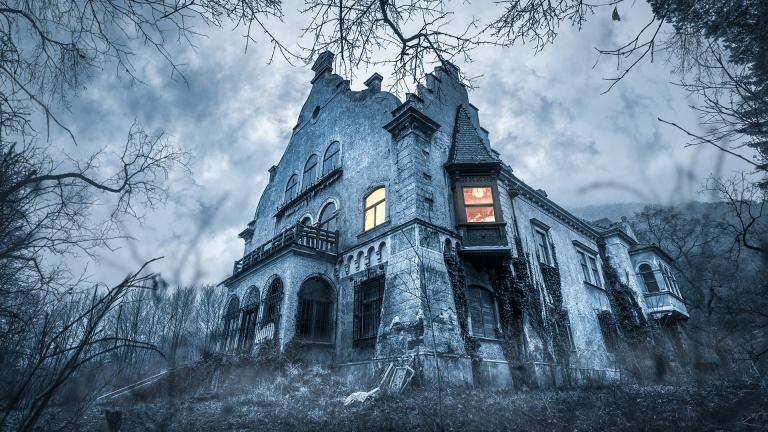 Many places claim to be the ‘most haunted’ in the country and while there are no particular standards to test this against, we’re exploring some of the spookiest and haunted homes up and down the UK. With castles, inns and medieval mansions to explore, it’s clear to see why these five houses are seen as the most haunted of them all.

Chillingham Castle has a suitably haunted name, and supernatural activities at this Northumberland castle are amongst the most documented in the whole country. With a history dating back to medieval times, Chillingham has a whole host of ghostly inhabitants that people claim to have seen. The White Pantry Ghost is a frail, white-coloured figure who appears in the inner pantry and has been spotted on more than one occasion. Legend has it that a footman on guard at the pantry door was visited by a woman in white who begged for water, but with the pantry door locked, there was no way she could have entered.

People have also heard the voices of two men in the chapel that stop on your approach and an unsettling feeling that you’re being watched.

Hampton Court Palace is home to the most regal of ghosts in the form of Catherine Howard, the fifth wife of Henry VIII and one of those unfortunates who suffered a beheading on the King’s orders. Legend tells us that Catherine’s ghost haunts the corridor that runs along the Chapel Royal, as this is where she ran when she escaped the guards on her arrest. She is said to have screamed for mercy before being executed at the Tower of London. Many visitors to the Palace agree there is a strange aura in the corridor and attribute this to the ghost of the former queen.

Hampton Court also has a second ghostly presence, from a very different background. Sybil Penn was a servant who died of smallpox after nursing Elizabeth I and in 1829 visitors began hearing a whirring spinning wheel in an apartment in the palace. Legend has it that a spinning wheel was discovered behind the wall in a sealed chamber during renovation, corroborating claims of ghostly spinning noises.

Hampton Court also has a second ghostly presence, from a very different background. Sybil Penn was a servant who died of smallpox after nursing Elizabeth I and in 1829 visitors began hearing a whirring spinning wheel. Legend has it that during renovation, an old-fashioned spinning wheel was discovered hidden in the wall in a sealed chamber.

Athelhampton House in Dorset has been awash with paranormal activity for centuries and visitors almost always come away with an eerie feeling or the notion that something is not quite right. A pair of duellists are said to haunt the Great Chamber, with guests being interrupted by their presence. There have also been reports of tapping sounds from the wine cellar, phantom cat’s feet padding on the floorboards and even sightings of the ghost of a Grey Lady travelling around the home.

The Treasurer’s House was built in 1419 as the home for the treasurer of York Minster. It is home to many historic artefacts, exceptional architecture and holds a Guinness Book of World Records title for the ‘Ghosts of the Greatest Longevity’.

Ghostly occurrences regularly occur in this Yorkshire home, with many stories of different paranormal sightings. An engineer reported the sound of a trumpet blast followed by a troop of Roman soldiers walking past, and workmen soon discovered the house was built on top of the original Roman road into York. Further sightings included a Roman legionnaire in the cellar during a 1920s fancy dress party. However, once the party ended, no one wearing a Roman costume was there to be seen.

The Ancient Ram Inn has been in the same spot since the 12th century so has a lot of history behind it. It is regularly referred to as the ‘most haunted house in Britain’ and has been the site of many sinister occurrences over the years. Everything from child sacrifice to black magic rituals and being used as a hideout for criminals blot the past of this seemingly harmless Gloucestershire inn. People have claimed to see all kinds of unexpected apparitions at the Ancient Ram including a witch, spooky orbs and two distinctive ghosts. It’s a popular destination for those fascinated by the supernatural.

Britain’s long history means it is ripe with locations fit for ancient myth, legend and the ghosts of the past waiting to haunt us. As well as these haunted houses, there are also whole villages, a witchy hill in Lancashire and graveyards full of ancient secrets to explore.