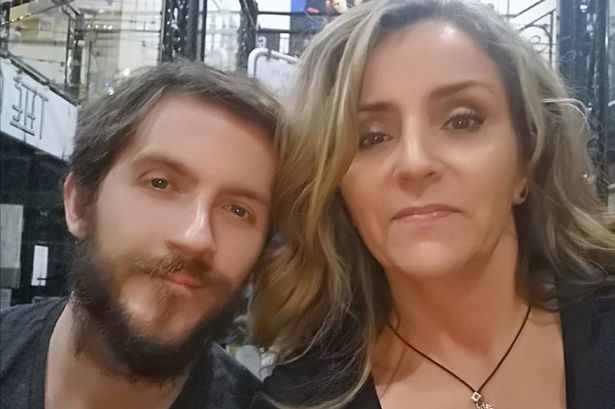 When ghost hunters asked a spirit “are you watching us” they got an answer which made them gasp. For in the dark and dingy room a toy bear appeared to be pushed off its seat.

As it fell to the ground ghost hunter Linzi Steer gasped loudly. The whole incident was captured on film by the husband and wife duo who run “Project Reveal: Ghosts of Britain”, a dedicated platform that uses scientific equipment to detect paranormal activity.

Linzi, 53, and her husband Lee, 37, travel across the world as well as local sites hunting for ghosts. The Rotherham pair, have more than 2.2 million followers on Facebook where they have shared tales of their encounters.

One recent incident happened at Spofforth Castle, a fortified manor house, destroyed during the English Civil War but now run by English Heritage as a tourist attraction in Harrogate. While there they says they encountered two ghosts, including Hazel, who died in a fall from the castle’s tower.

Linzi said: “We visit Spofforth Castle many times. There are alleged hauntings of the castle. A lady is reported falling from the tower. But only her torso. No legs are seen. No one knows who she is or why she is there. But on one occasion, while using a spirit box, a year or so ago, I asked who the lady was.”

Linzi, who has been researching the paranormal for 35 years and whose work with Lee has featured on Warner Brothers productions, says the ghost responded telling her she was called: “Hazel”. She said: “I also asked what happened to you. The voice replied ‘accident’. Was she telling us her name and why she fell? We always refer to her as Lady Hazel now.”

She told how the couple encountered the ghost of another Yorkshireman at the Castle. She said: “Also we have encountered something saying its name is Charles, not sure who he may be. A lot of times we have seen dark shadows like in this picture. We always get the name Charles there, through the spirit-box.”

And, Project Reveal: Ghosts of Britain, say it has irrevocable proof that the ghosts exist, as they communicate with them, often giving them instructions, which they follow. Linzi and Lee said: “We have asked for the spirit to let us know it is there by touching some of the objects we have placed out.

“These are small bears that light up, but only if something touches them. Also, lights that again, something or someone has to touch them to make them work. We have encountered the bears being pushed over for no apparent reason. It seems there may be children’s spirits there as the bears always seem to be the one piece of equipment that always goes off.”

The couple, who appeared on TV investigating the I Am a Celebrity castle with Kerry Katona last year, have since built a museum in Rotherham, which contains haunted objects. They said: “We own a haunted objects museum here in Rotherham.

“It has 11 rooms full of haunted objects which are sent to us from all over the world. Plus oddities we have collected.

“The museum is in what was three old miners’ houses. Dated back to the 1800’s it’s known locally as the Poltergeist House. Many reports of strange occurrences happen there. There are recorded deaths there from Victorian times.

“We own the UK’s most haunted doll, Elizabeth. She’s also said to be the fifth most haunted item to ever exist in the world.

“We have some bizarre items in our museum. A vampire slayers kit from Greece is said to have been used. Vampire’s hands. A room is full of dolls. A real mortuary table. Lots of objects. Too many to note here”

For more stories from where you live, visit InYourArea