Home Paranormal News The ghost that appears when you drive to East Yorkshire’s most haunted... 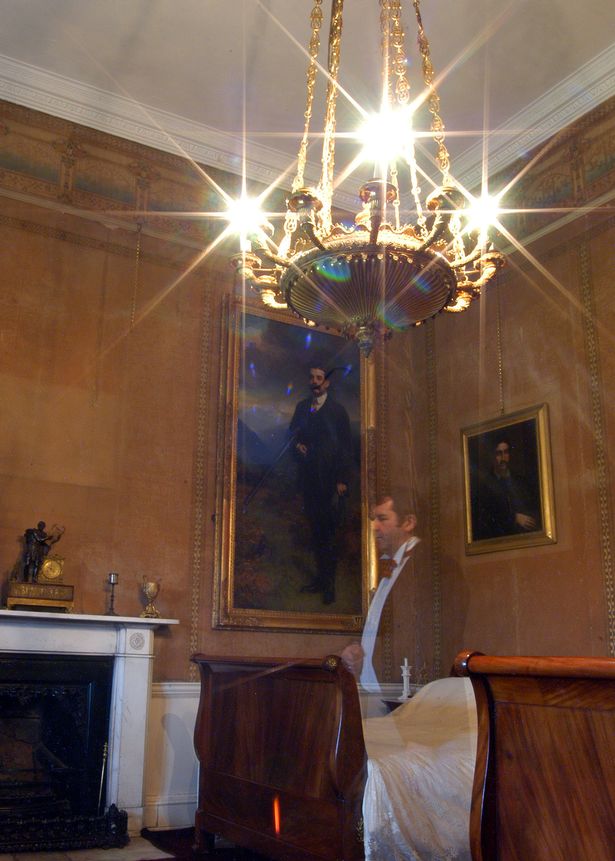 It was a grey autumn evening as she drove through the mist. The old house languished in the distance as the car moved beneath the shadows of the trees.

The driver glanced in her rear-view mirror at the darkness. She was used to driving alone on the isolated country roads.

But why had she looked to her empty mirror at that moment? Was it just the habit of a conscientious driver? Or was it the feeling she was trying to repress in the back of her mind … a feeling that she was not completely alone in the car.

She turned another corner and took a deep breath. Smiled at her silliness. But as the car moved into the shadows of more old trees, the feeling came back. This time it was more intense.

Was that her own breathing she could hear growing louder in the quiet car? Unable now to look to her rear-view mirror, her eyes fixed on the road ahead, her heart pounding, she gripped the steering wheel and eased a little more pressure on to the accelerator.

As a swathe of mist twisted over and over like a dying animal across the winding driveway before her, she heard the breath again and then a movement on the back seat. With a welling dread in the pit of her stomach, she felt a pair of knees pushing into the back of her chair as the misty night sprawled across the car.

It wasn’t the first time a lone driver had found company on the driveway of Burton Constable Hall. Just a few months before, a terrified visitor had arrived on his motorbike to tell staff, through panicked gasps, about the wispy phantom that had chosen to ride pillion behind him.

The staff at Burton Constable are said to be used to visitors of the supernatural variety. It is, it seems, East Yorkshire’s most haunted house. Spirits include the legion of Roman soldiers that marches regularly through the woods, to Bunter, the friendly black Labrador, who runs around the hall, brushing past staff on the grand staircase – even though his grave stands clearly marked in a pet cemetery in the grounds.

But ghosts will be the centre of attention this month, as staff host Burton Constable’s Halloween events. They include “Gruesome Grounds”, with a Petrifying Pumpkin Trail, Creepy Crafts and Spooky Story Telling (October 24-30, 2022); Haunted Hall, which includes the grounds tour plus a Wicked Witch Hat Hunt and ghoulish Ghost Stories; and on Halloween itself, evening ghost tours.

The Constable family has owned land in Holderness since the 12th century, and have lived in the house for hundreds of years, so the place has seen a lot of life, and death. Staff once told the Hull Daily Mail how at least half a dozen different ghosts had been reported as being regularly seen in the house.

“I’ve heard giggling voices down in the old servants quarters when I know I’ve been completely alone in the house,” one staff member said in 2004. “I try to ignore it.”

One manager even found himself dealing with his “doppelganger” – a mysterious “other” version of him. He was nowhere near the house when colleagues reported having conversation with him. “Strange things do happen here,” he told our reporter at the time.

In the “cold and creepy” wine cellar, a brewer is said to have hanged himself more than 150 years ago after his batch of beer went bad. “Ever since, things have moved around mysteriously in here and lights are turned on and off without any explanation,” staff told the Mail.

“It’s almost like having a pet ghost in the place,” staff told the Mail in 2004. “Sometimes people see him bounding across a room, out of the corner of their eye. But more often people feel him brush past their legs as they walk up the staircase.”

Bunter’s most distinctive appearance happened in 1990, when a student from the University of Hull clearly saw him – as a fully formed black Labrador. When he first plodded up the staircase beside her, she assumed he was an ordinary family pet. It was only when he faded and vanished into the air before her very eyes that she knew he was not quite what he seemed.

On the same staircase a woman once felt someone, or something, pushing her back. Guides found her on her hands and knees, unable to move. On another occasion, a different women experienced the feeling of the staircase moving, as if it was coming away from the wall. The chandelier was swaying from side to side.

Once you get up the stairs, the Long Gallery is thought to be walked by Dame Margaret Constable, the 16th-century matriarch imprisoned for maintaining her Catholic beliefs after the Reformation. She still frowns down angrily from her portrait and her footsteps are often heard echoing along the gallery.

The family’s Roman Catholic sympathies are also recalled by another spectre in the building – the shadowy figure of a nun who walks contemplatively around the ancient corridors, where she once took refuge.

Romans of a more ancient kind trudge through the land outside the hall, destined to repeat their difficult march over and over again for thousands of years. They are only ever seen from the waist up and their legs disappear into the ground – which locals say makes sense because the land will have been raised by a few feet since ancient times.

But the most astonishing visitor to the house is certainly more than an apparition of times past. William Constable, who lived from 1721 to 1791, revisits his old home and is said to be something of a blithe spirit.

He is said to have appeared to one of his descendants, via a bricked up doorway, before telling her: “I wanted to see what you had done to my room.”

He was seen in 2002 by a little girl who was visiting the house. She became upset and refused to enter the bedroom until “the man in the funny clothes” left. A psychic claimed to have seen him lying on the bed in which he died.

And after reading this, daring to venture into the hall at Halloween may well take a little courage – whether or not you believe in ghosts!

Adapted from an original article that appeared in the Hull Daily Mail in October 2004.