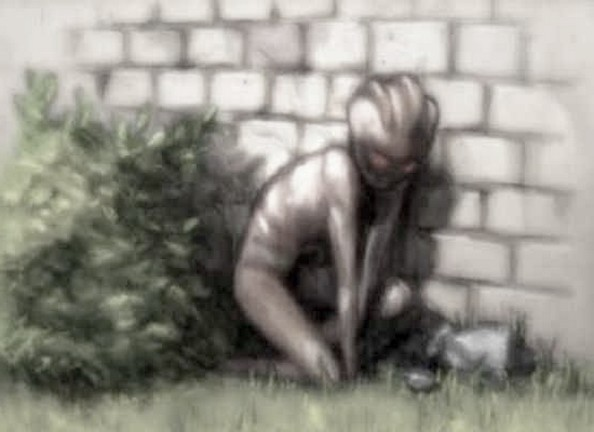 The Varginha UFO incident is considered one of the most well-known and controversial cases in Brazilian ufology. It all began on 20th January 1996, when three young women, sisters Liliane and Valquíria Fátima Silva, and their friend Kátia Andrade Xavier, reported seeing a strange creature while they were out on a walk in a park in Varginha, Brazil.

They described the creature as being around 1.6 meters tall, with a large head and very thin body, with V-shaped feet, brown skin, and large red eyes. They said that the creature seemed to be unsteady or wobbling, and they assumed it was injured or sick. The Silva sisters reported that they were so frightened by the creature that they ran away and told their mother that they had seen the “devil”.

Their mother didn’t believe them at first, but when she went to the area where they had seen the creature, she reportedly smelled a strong ammonia-like odor and found nothing but footprints and a dog sniffing the place. This further added to the mystery of the incident and rumors began to spread throughout the city regarding UFO sightings and alien creatures being abducted by the military forces.

Two days later, another creature was allegedly found lying along a road, and three military trucks were reportedly sent to retrieve it. A similar sighting was reported at the local zoo by its janitor. In the following months, three animals at the zoo mysteriously died. Ufologist Roger Leir wrote a book, “UFO Crash in Brazil,” that included interviews from people who claimed two creatures were taken to a clinic before being removed by military personnel.

An official investigation carried out by the Brazilian military in 2010 revealed that the Silva sisters actually came across a mentally unstable homeless man named Muddinho.

Military officials presented photos of Mudinho, who they believed was a mentally unstable man with a mental disability. They also believed that the three women might have mistaken him for a space creature due to his physical characteristics.

The incident has sparked numerous theories and speculations, with many people convinced that the Brazilian government is hiding the truth about the capture of extraterrestrial beings. Despite the official explanation, the incident remains a subject of debate and interest among UFO enthusiasts and researchers. The incident has also been the subject of several films and documentaries, further fueling the publicinterest in the case.

Despite the official explanation, many people remain skeptical and believe that the Brazilian government is hiding the truth about the capture of extraterrestrial beings. Some have pointed to alleged inconsistencies in the official story, such as the fact that the military trucks were seen in the area at the time of the creature’s sighting and that the creatures’ descriptions did not match that of a homeless person. Some ufologists have also pointed to the presence of strange markings and burn marks on the creature’s body, which they believe were caused by military equipment used to capture the creature.

The incident has also been the subject of several films and documentaries, including “The Varginha Incident” and “UFOs in Brazil: The Varginha Case.” These productions have further fueled the public’s interest in the case and have brought it to a global audience.

Despite the lack of concrete evidence and the official explanation, the Varginha UFO incident remains one of the most well-known and debated cases in Brazilian ufology. It continues to be a subject of interest among researchers, UFO enthusiasts, and the general public, who are all searching for answers about what really happened in Varginha in 1996.