The skull, left, of Homo floresiensis is displayed next to a modern human skull, right, at a news… [+] conference in Yogyakarta, Indonesia in 2004. (AP Photo/str)

Found in 2003 on the island of Flores in Indonesia, the fossilized skeletal remains of nine small-brained, small-bodied individuals were given a new name: Homo floresiensis scientifically, and “hobbits” more colloquially.  Dating them has been a challenge, so research out yesterday in Nature changes our understanding of their lives and their relationships to modern Homo sapiens.  In fact, the new dates may finally quash theories about the survival of small, ape-like people in Indonesia.

Between the mix of human and chimpanzee-like traits in the skeleton of H. floresiensis and the species’ small frame — individuals like “Flo” stood just 3’5″ with brains around 350cc — the exact placement of the “hobbit” into a hominin family tree has been debated since it was found.  But given the shape of their bodies and the presence of surprisingly sophisticated stone tools in association with the species, they have been placed into the Homo genus.

Researchers are not in agreement, though, about why the species looks the way it does.  Some have put forward theories about microcephaly, iodine deficiency, and thyroid issues that could have resulted in the small brains and small bodies. Others see a link between Homo erectus, the species that Homo sapiens likely evolved from, and the “hobbits” through an evolutionary mechanism known as insular dwarfism.  Flores is an island, and therefore has limited natural resources. Insular dwarfism can happen when individuals with smaller bodies — and therefore smaller metabolic needs — flourish in a difficult environment, leading to smaller and smaller individuals over generations. It is possible that a group of Homo erectus that made it to Flores evolved through insular dwarfism into Homo floresiensis.

In this photo taken in 2009, workers labor at Liang Bua cave excavation site where the fossils of… [+] Homo floresiensis were discovered in Ruteng, Flores island of Indonesia. (AP Photo/Achmad Ibrahim)

So the origins of the species are still being investigated, but the new dates for the nine skeletons recovered from Liang Bua cave are interesting as well. Originally placed at 100,000-12,000 years ago, Homo floresiensis would have overlapped in time with modern humans, long after H. erectus and even Neandertals essentially disappeared.  One of the more fascinating proposed connections between the “hobbits” and humans comes from Indonesian folklore, in the form of Ebu Gogo and Orang Pendek.

Orang Pendek is a creature that supposedly lives in the mountainous areas of Sumatra. Sightings of the creatures have been reported for hundreds of years by locals, Dutch colonists, and even western scientists. It is described as a primate that walks on two feet and is about 30-60″ tall — which fits with the description of the “hobbits” from their skeletal remains.  People report that Orang Pendek have human-like noses, strong upper bodies, but more primate-like legs and walking gait — the last part of this description doesn’t fit with H. floresiensis.  These creatures are also reported in Sumatra only, an island that is quite a ways from Flores.

But Flores boasts another legendary group, the Ebu Gogo, whose name in one of the languages of Flores means “grandmother who eats everything.” The Ebu Gogo are reported to be bipedal creatures around 60″ tall who speak their own language and can mimic human speech. Legends about the Ebu Gogo go back to early western exploration of the island by the Portuguese, who heard that the creatures stole food and kidnapped children. Another story holds that the Ebu Gogo were killed by modern humans who arrived on the island from elsewhere in Indonesia — except for one pair that retreated into the forests, whose descendants still live there.

When the “hobbit” remains were thought to date to as recently as 12,000 years ago, these legends about Ebu Gogo started sounding like they could refer to H. floresiensis. The new Nature paper, however, uses cutting-edge analysis of geology to push the date of disappearance of the “hobbits” back to 50,000 years ago.  Or, at least, this is the date that the “hobbits” left the cave at Liang Bua.  Research authors Thomas Sutikna and colleagues write that, “Whether H. floresiensis survived after 50 kyr ago — potentially encountering modern humans on Flores or other hominins dispersing through southeast Asia, such as Denisovans — is an open question.”

Are “Flo” and other H. floresiensis individuals actually the Ebu Gogo?  There’s clearly a case to be made in this island of difficult terrain for the potential discovery of previously unknown primate species.  But the link between legend and fossils is still speculative, and the new dates from Liang Bua make that speculation much less tenable.  Sorry, cryptozoologists — “Little Foot” and “Hobbits” are very unlikely to have persisted from 50,000 years ago to today. 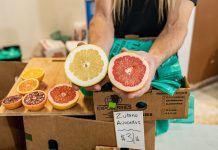